MitiS (aka Joe Torre) is about to finish his Til The End Tour and if you missed it I feel sorry for you as it was one for the books. Joe played a part in my gaming days in high-school when I was scrolling through YouTube playlists so I was super ecstatic when I got the invite. This recap is long overdue as his album released late last month that went along with the tour so my apologies to the team. The show itself was fantastic, it had an intimate vibe to it that I enjoy and don’t see too often now, the crowd from my city was very respectable which speaks volumes to his fanbase. The tour was made in conjunction with his recent album Til The End released on Seeking Blue which features 11 tracks that showcase the diverse style that Joe has developed over the years. It's a true reflection that shows how far his production has come and I couldn't be happier to share it.

Personally, my favorite track on the album is "Reconnect", when I heard it live I had this sudden surge of happiness and energy that stood out from the whole set, it's a great progressive future bass track that has a catchy melody. The vocal chops in the middle are fantastic and the outro drop shifts the vibe back to an elegant tune. However, with that being said, the whole album is fantastic and makes it into my top five releases of this year. Prior to his set, we sat down and spoke about the release, the tour, and life.

E: Hey Joe, congrats on your recent release love the new album, how would you say this tour compares to the previous and what can people expect?

J: Thank you kind sir! This tour is the biggest one to date, in terms of venue booking, having a bus, production, etc. We're bringing in an LED screen for visuals.

E: Can't wait to see it in about ten minutes! What's your favorite track on the album as well as what was the inspiration behind it? Personally, I'm a huge fan of Reconnect as it has this progressive jive to it that echoes happiness.

J: Til the end, when I wrote it I was sitting down in the studio and I really just wanted to write something. I was listening to a lot of movie music like hans zimmer, etc as inspiration because I love movies and the music that goes behind them and so I wanted to write something similar to my style and so I did it and then I left it sitting for a month and then when I revisited it I was like OMG! this is the one this is the track, it was special to me as the production taught me a lot, I love all the tracks on the album but this one played a special place in my heart. The reason I put out this album was that I wanted to give my fans, more, and I hear all these artists making an album all the time but I wanted to just give a lot to showcase all the elements of who I am.

E: Speaking on the production of this album, how does it compare to what you will be playing live?

J: People can expect a more upbeat vibe but it will still pull towards your emotions that people have come to love from my show.

E: Which city do you think will have the best reaction to the show?

J: Hopefully each city! But my show at the end with Minneapolis should be a fun one, they always show love and come out.

E: Do you have a favourite festival that you want to play at soon?

J: Coachella for sure! I got to play the Do lab two years ago and I would love to play again.

E: Let's switch gears and talk some artist lingo, typically club venues will have a green room put together for an artist with a rider request. A green room is essentially a dressing room and a rider request is what artists can ask a club to provide in that room, for example, what alcohol they prefer, food or even silly requests like a rubiks cube.

J: Ah! My favourite drink that I always request is Titos. It's made from Houston, Texas and it's my absolute favourite to drink. I usually have a mixer with club soda and two coronas before a show.

E: I gotta try some of this then, I'll probably mix mine with ginger ale instead of club soda. Personally more of a Gin and Pineapple fan myself. What are your plans after this tour?

J: Definitely we should do a shot of Titos after this! I’m getting married to my high school sweetheart. A lot of my fans know about my fiance as she's been at some of the shows in the crowd, it's amazing to see her support me and it makes it easier to continue to do what I love.

E: Talking about support, what's the best piece of advice you've gotten from an artist that has continued to echo in your career?

E: Elaborating on that, what other things do you think artist struggle with?

J: Discouragement, fear, it’s really hard to get everything and it takes a lot of time. It’s also tough because you got to pay the bills so its hard to go full-time music.

E: For sure, I think that goes to say with everything in life. A lot of people feel they are scrutinized by their peers and often let that blind their motivations. I think that was the Artist Liason giving the five minutes before showtime, we're going to but it here but thanks so much for the time in sitting down and answering the questions.

As we finished the last question and head out to the stage, I could hear the fans eager to hear Joe's album. It was fantastic from start to finish, you could really tell the hard work that was put into planning the tour, from production featuring an LED Visual screen to the composition of the set and how it was put together. If there was a word to best describe the album and the show… it would be soulful. 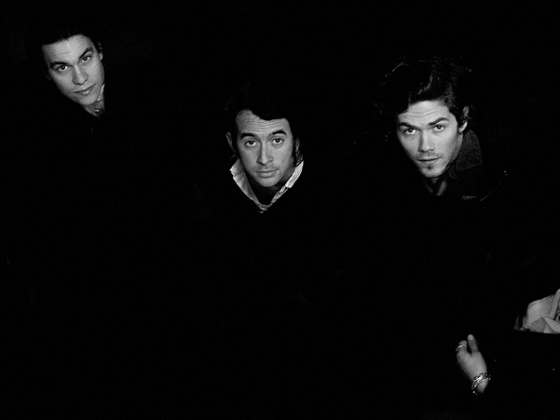 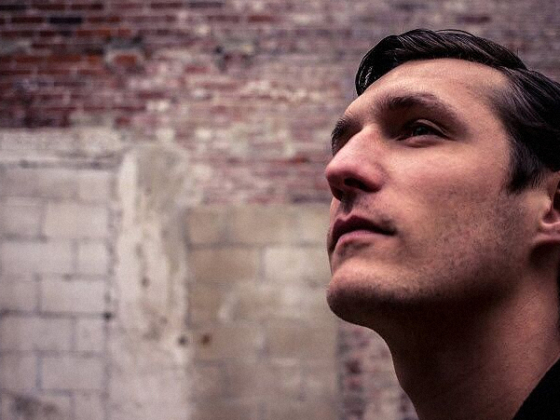 Tieran looks beyond the "Glass Half Full" mentality