Being a trans woman of color in America is in itself a radical feat. Or as DJ Jasmine Infiniti would phrase it: “fuck the world and fuck the rules. To identify in these ways is already stepping out of the box.” As a Black trans woman, Infiniti is acutely aware of the oppression trans women of color face on a day-to-day basis: constantly marginalized, murdered at grossly inflated rates, and often made invisible and silenced. From that silence, however, bubbles over Infiniti’s drive to make her voice—both as an artist and as a queer person—loud and clear. Born and based in New York, Infiniti came up within the “crazy queer music” scene, attending parties like Venus X’s GHE20G0TH1K, Cunt Mafia’s Cherrybomb, and Whorehouse. Out of these parties came her love for dark and grimy music, and her subsequent education on queer rappers like Cakes da Killa and Mykki Blanco.

Out of these parties also came Infiniti’s desire to throw her own, called New World Dysorder. Based in Oakland, Infiniti and her crew initially hired queer talent until a New World Order member suggested she learn to DJ her own parties. In that way, Infiniti’s career was born out of the age-old trend of queer art arising from needs unmet. “I knew a lot of awesome, queer trans people who were so talented and had so much that they could offer and I always wanted to see them play more,” she tells me. “Of course, other queer people want to see that, too. They want to go to safe spaces where trans and queer people are in charge and calling the shots!”

Only thirty-three, Jasmine Infiniti rightfully sees herself as a trailblazer. Creating safe spaces on the dance floor, wherein she plays an eclectic range of dark and grimy techno to brighter house tunes, Infiniti makes it a point to take no shit and ensure that perseverance is part of her legacy. Even so, she is open to admitting she does get discouraged. That openness, we can contend, is also radical for how it humanizes her. “Sometimes I’m very much discouraged,” she attests. “It’s kind of like the stages of grief, you know? I’ll be sad at first, but then after that sadness comes this weird acceptance. Then also comes the rage and the anger, and honestly, that’s what keeps me going."

To the young queer artists who may be struggling to tap into their own fire and find what keeps them going, Jasmine Infiniti has this to say: “Use that same energy that you channeled into being yourself and put it into your music and don’t be afraid. We have this perspective of ourselves, of music, that nobody else is going to have. Don’t be afraid to share it with the world.”

Why get into DJing and EDM?

I’ve always loved music in general, it’s just something I grew up with… My mom and I were always listening to it, you know? Church, gospel stuff, and I used to sing a lot as a kid. I really started getting into EDM and electronic music when I was in middle school, actually. In the Bronx, I remember MTV was really coming up in those days and I remember seeing The Prodigy’s “Smack My Bitch Up” [laughs] I was obsessed with it! I was talking with someone in junior high school and they liked it too, so it was like “Oh, I don’t feel alone in liking this kind of music!” Growing up in the Bronx, everything was about hip-hop and R&B, and while I do love that stuff and try to bring it into my music, I’ve also always been a huge fan of industrial, techno, dark and grimy house, anything that just sounded gritty and dark. Getting into DJing was crazy! As I got older, not only was I really into music in the ways people around me weren’t into, I was also, as a queer trans person, a huge fan of certain parties and events like GHE20G0TH1K, Cunt Mafia’s Cherrybomb, Whorehouse. They would always have crazy queer music, queer artists, and queer rappers like Cakes da Killa and Mykki Blanco. You know, queer art music has a range. It’s in own genre in the way of queer and trans people making music, but then each person is also inspired by whatever molded them. So I was hearing all of this EDM and techno, and queer music opened up that super interest. With that in mind, I started throwing a party with some friends in Oakland called New World Dysorder. We were hiring DJs all the time or booking talent, so we would have Quay Dash come out from New York. One of the members of New World Disorder, she was a DJ and she basically showed us the ropes and was like, “You guys need to start DJing.” And you know what? She was right! It was getting kind of expensive [laughs]. So we realized it would be more lucrative for us to DJ our own party…

Queer art always comes out of satisfying a need, and then becomes the best thing ever.

Totally satisfying a need, for sure! I knew a lot of awesome, queer trans people who were so talented and had so much that they could offer and I always wanted to see them play more. Of course, other queer people want to see that, too. They want to go to safe spaces where trans and queer people are in charge and calling the shots!

Compared to other genres, how progressive would you say the EDM scene is?

From the people I know within the scene, the scene is really open. It’s a place that definitely accepted me and promoted me, compared to even hip-hop, let’s say. It’s funny, you know, my little sister is starting her own hip-hop blog and she knows I do music. I’m not exactly a hip-hop artist, but I’m definitely connected to lots of trans and queer artists who rap, so even within that scene, it’s so hard to get recognized. In EDM, I think people are a little more open. There are definitely those techno bros, or whatever, who are kind of like “What are you doing here?” I think with the advent of things like Discwoman and parties like that, there’s been a movement where there’s a lot more focus not just on queer people, but women and femme people at large. There just wasn’t space for them before. When you think of big EDM artists, you think of Steve Aoki or Diplo, but you don’t really think of Asmara or Bearcat. But they’re coming up now, so I think it’s definitely changing. For queer and trans people, one of my big idols is Honey Dijon. She’s been a big inspiration to me, so seeing her in the limelight was always something that spoke to me. Juliana Huxtable, of course… There’s all these trans DJs and producers, and people in club music that are coming up now. It’s a new change in the scene and that’s really good. People are accepting it. One thing I felt, not just in the scene but in club spaces in general, promoters may book someone like me, a trans person or a queer person, but then it’s still difficult in the sense that going to the club I can be harassed by the bouncers who may not know who I am even though I’m coming to the club to DJ. They’re giving me shit or treating me like shit in all these crazy ways when it’s like [laughs] actually, I’m DJing. Show me a little respect. Being trans is just hard in any capacity, especially socially, and it might be hard to get breaks. I’ve only been lucky in the sense that some people have been able to find something about me that they deem acceptable. Maybe it’s my talent? [Laughs]

How do you keep from getting discouraged?

You know, I don’t. Sometimes I’m very much discouraged. It’s kind of like the stages of grief, you know? I’ll be sad at first, but then after that sadness comes this weird acceptance. Then also comes the rage and the anger, and honestly, that’s what keeps me going. Being like, fuck these people! How dare they? I’ve worked so hard and done so much, and I’m not gonna be belittled or made to feel less than what I am. For instance, there was this incident in New York at this place called GoodRoom that I was DJing for, and I get to the place… This was before I was gonna DJ, I was coming to the space to check it out and was gonna DJ the next week. They just pinpointed us and started being really rude, and the bouncer tried to kick us out and physically grab me. I got a little crazy myself, but it was just like, wow! I’m DJing next week and they’re acting like I’m some kind of criminal! These are the things that happen, but I kinda made a big deal on the Internet. I am aware of my social clout and ability to say a place is fucked up and demand some kind of accountability. Through doing that, they apologized and the owner called me and apologized. That was a little something, but it didn’t solve the problem. I think a big part of it is visibility. If people know who I am or stop thinking that trans people are incapable, stop thinking that trans people don’t have any power to retaliate to some of the violence that we encounter… People just think that we’re gonna take it. People think that they will understand their hatred more than they would understand our pain. It’s tough, but I feel like in that regard I am trailblazer because I’m doing music and coming in there and not taking shit. I think that’s important, especially as a Black trans woman.

What has been the most gratifying aspect of being out and a DJ?

Oh my gosh! The most gratifying aspect, quite honestly, once everything is over and I’m getting behind those decks… Just zoning out into the music and getting to play things that I like, that I want people to hear, is the most gratifying part. Having people hear it and being like “Oh my gosh! That song is so cool, what is that?” or just giving them an emotion, that’s one of my favorite things. Whatever I’m feeling, I want people to feel on the dance floor. Sometimes it’s some angry, hard, dark techno, and everyone’s gonna love it. I do what I do, but no requests. Also, even things like this, being interviewed and being affirmed in my talent and what I’m doing in a way I never thought I’d have. Reflecting on that, it’s like, wow! I am so lucky and so happy to be doing this.

What would you say to a queer kid in their bedroom making their first mix, worried about how the world will perceive them?

I would definitely say, “Fuck the world!” I think that’s a big part of queer and trans, a lot of out people, people who have literally already said fuck the world and fuck the rules… To identify in these ways is already stepping out of the box. I would say to people, use that same energy that you channeled into being yourself and put it into your music and don’t be afraid. We have this perspective of ourselves, of music, that nobody else is going to have. Don’t be afraid to share it with the world. It’s important for us to get our voices, musically, out there. It’s not always going to be everyone’s cup of tea, but someone’s gonna love it and the real point is to just be creating it. 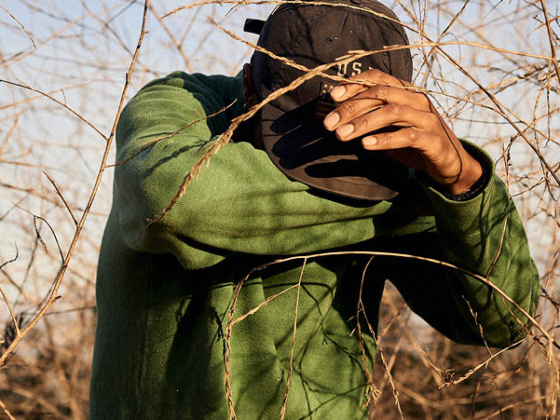 Fat Tony throws some "Money All Around" [Video] 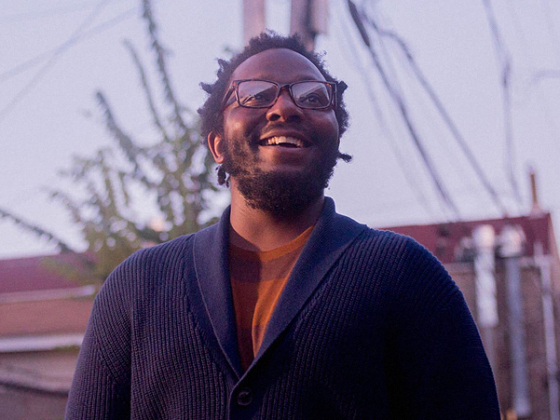