Four Tet is given the rare opportunity to remix a Hip-Hop classic, 'Madvillainy' by the Godfather Madlib and his partner in crime MF Doom. The 2004 release is ripe for a re-imagining, even though if you are like me you never considered that it needed one, but this genre-bending album is the perfect combination of high concept Electronica and lyrical wordplay over the sample infused wizadry that is a Madlib record.

This remix album of the Madlib and MF Doom time-honored record is something rarer than rare and in the words of the rhyme smith himself, "it's rare but maybe that's what you need to hear." It most definitely is what we need to hear and if you disagree I implore you to fight me.

Four Tet has infused this loved record from Stones Throw Records with the mind racing madness and tension that only a prolific experimental electronic artist can. The 'Madviallainy' on this album is nothing short of musical gold coming straight out of the speakers as dripping eargasmic gold washing over you like the golden light you see when you meditate on the importance of music or maybe life.

The history behind how this came to be is best explained by Stones Throw themselves, "usually the only person to remix Madlib records is Madlib. But following the success of MF DOOM & Madlib's album Madvillainy in 2004, our partners in Europe proposed having producers not normally associated with MF or Madlib to remix some of the tracks for Europe-only vinyl releases, and the Four Tet Remixes were born." 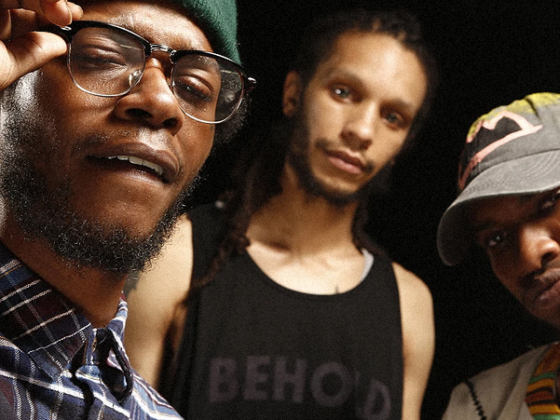 Cheikh Benjamin Richard is anything but a ‘Fool’