Adamn Killa made a lasting impression with his first album, I Am Adamn, released in the Summer of this year. His raspy, low, autotuned verses meshed well with the diverse list of producers that came on board, including Shlohmo, Sam Tiba, and Ryan Hemsworth. His first single since, "Love of My Life," is a collaborative track with a pop-twist, reminiscent of bright retro r&b production like Ciara's "Me & U." Killavesi, Chicago-based rapper with matching neon pinkish-red locks, has a voice that balances Adamn's sound effortlessly.

Together, they star in the "Love of My Life" music video, which tells the tale of a dreamy modern love affair, including unwinding by the pool and off-roading in the desert. Directed by Will Hoopes, the video is fun, playful, and fitting for the catchy and colorful love song. Expect to hear more from Killavesi and Adamn, who are collaborating on a project that is set to be released on December 1st. Killavesi spoke on the making of LOML— "Recording this song was a little bit different from what we usually do because we had a joint writing process. I enjoyed it because it was [really] playful and comfortable." LOML is the premiere single on the album, which will be titled Lover not a Killa. 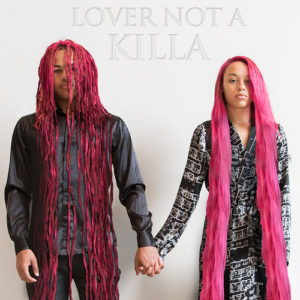