Fans of Illenium can let out a collective sigh of relief.

After months of teasing singles and squashing leaks, the melodic dubstep maven finally released his sophomore album Awake today, and it's a doozy. As gutsy as it is galvanizing, the record features a litany of A-list features and reinforces Illenium's status as one of the best sound designers in electronic music.

As of one of the more fast-rising young stars of the scene and someone who has corralled a diehard following at an early age, Illenium, who to friends is Nick Miller, quickly found himself racking up exorbitant streaming numbers and headlining major festival stages in what has been a monster year. I had the distinct pleasure of chatting with Illenium ahead of the album's release about his inspiration, remarkable sound design, and how he keeps those fanatics engaged.

EARMILK: Your first album “Ashes” was a major success. What did you do to prepare for the follow-up?

Illenium: I don't know if I really prepared at all. I kinda just continued what I was doing. I really enjoyed the whole process of the first album, which was the first time I had written a full album. It was really challenging but also freeing. So I couldn't wait to start again. I didn't really have a break at all, which is good because I feel like I'm at a point where I don't need really need a break. 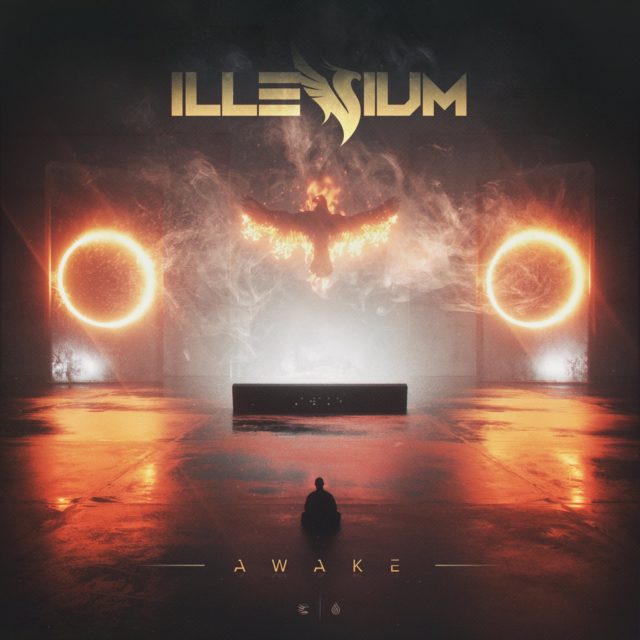 E: From Daya to Kerli to MAX, “Awake” has some incredible vocal features on it. How did you go about selecting them?

I: It totally varied. "Feel Good" was started when Gryffin had sent me the vocal, so when I started work on it, Daya was already on it. Super simple. "Beautiful Creatures" with MAX - we originally had a demo vocalist sing that one and I produced around it, eventually pitched it to him, and he loved it. And I love MAX's voice on that. It varies really; some of the them I already had instrumentals, and some I just built around a vocal sample.

E: Which collaboration was your favorite to record and why?

I: A lot of them I just had the vocal already, so it was really simple. I'd say probably one of the more collaborative ones was Kerli. We went back and forth on a few ideas. She's an awesome person. She's really unique in her writing style and I love the instrumental on its own, so I was kind of picky with it. I love that track ["Sound of Walking Away"]. It's one of my favorites to play out. Actually it's kind of an overall favorite.

E: There are a few instances here where you step away from the melodic dubstep in favor of a more downtempo, atmospheric feel. What was the inspiration behind that decision?

I: I kinda just wanted to make some stuff with zero electronic elements. One of the tracks, "No Time Like Now," I was in Hawaii in the back of a car trying to translate that vibe straight from where I was at that moment. I really enjoy listening to that type of stuff. It works better in an album. You cant release them as singles. I like it because it's more easy listening; you can listen over and over and your ears don't hurt.

I don't care because I'm trying to make the best songs I can right now.

E: They are definitely a nice change of pace. Moving on - I think the double-edged sword with electronic music is that fans want and expect a certain sound from you, but also get upset when your music starts to sound repetitive. Now that you have a legitimately diehard following, what do you do to keep your fans engaged?

I: You're always gonna have haters. It's a lose-lose, but I think the album is different with those electronic songs with super simple, no-drop stuff. They are the perfect medium. But people will think they're too simple and not complex. I don't care because I'm trying to make the best songs I can right now. I'll do the crazy sound design and glitchy stuff later.

E: Do you ever feel like you need to produce your “signature” sound to appease them?

I: I feel like the overall thing I want to stay focused on is making the best song I can. But it's definitely a tricky situation.

I: Yeah, reddit is crazy. There are huge supporters on reddit and then people who don't care. And who knows what either of their tastes are?

E: Can you shed some light on any collaborations you've got in the works without getting into too much trouble?

I: Yeah for sure. I'm working on a Kill The Noise collab that I like a lot, where I went to some crazy sound design and basses. As complex as possible. It's actually one of my favorite songs to play out right now. That's as much as I can say with collabs at the moment!

Illenium also announced an eponymous headlining tour with support from fellow melodic bass enthusiasts Said The Sky, Dabin and Echos, which you can purchase tickets to via his website. 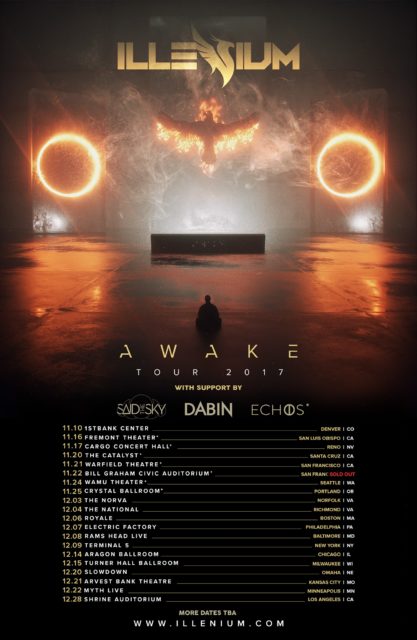