Pat Lok has had quite the 2017 – from playing multiple festivals, releasing his debut album Hold On Let Go and signing a publishing deal with Kobalt Music Group, you'd think the Vancouver-based producer would be start slowing down. Definitely not the case. With much more planned for the rest of the year, Pat dropped his fire remix for Bro Safari, Dillon Francis & Salvatore Ganacci's "XL" last week. The remix has the classic Pat Lok nu-disco electronic vibes spliced in with the bass-heavy moombahton sounds of the original, but now a little more shuffle-friendly. He plays around with the distorted vocals, gets funky with the jungle-inspired sounds of the original and gives the track a whole new feel.

EARMILK had the chance to sit down and talk with Pat Lok after his energetic set at WayHome Music + Arts Festival at the end of July. Pat gave us the lowdown on his new album, DJ sets versus live sets and what's coming up for him in the future.

E: You’ve been hitting up some major American festivals like Splash House and Full Moon Fest this summer, but this is your first Canadian festival performance. As a Canadian, what makes this festival different from the rest?

PL: This one was great! Full Moon was a very Brooklynite festival and Splash House was cool because it's a pool party, but both of those I was DJ-ing at. WayHome is my first live set in three months, so it means a lot more. I did my first live set last year and they have become a big priority since there is a connection with the crowd – people get into it more. It's cool to make and feel a connection while you're out there. It's fun to play around with live sets, too. I brought out my vocalist Marie for a couple songs – two were ones that weren't hers – and we wanted to try out different and new things out there.  It was definitely the way to go at WayHome and I'm happy to be here.

E: Anyone you're planning to check out at the festival?

PL: Flume, Justice, Foster the People – which is going to be great since I played the same festival as them recently, Solange and Mura Masa – which is a similar set up to myself so it'll be cool to check that out.

E: Your debut album, Hold On Let Go, was released about a month ago via Kitsune. On Facebook, you stated you wrote the majority of the album during your tour. How did the different cities and countries you visited inspire the record?

PL: The people in the cities directly influence the songs. For example, the first song Marie sang on, "In The Night – U Don't Know", I wrote that when I was in Paris while I was staying in Montmartre, which is where all the French artists (like Daft Punk) live so I thought, "Let's write a French House beat". Next, we were in London – I met up with this songwriter and we ended up writing a whole track on her kitchen counter. I thought we were going to a studio, but we ended up at her apartment and she only had a microphone, so we were phoning people to see if they had equipment for us to record. Yeah – it's definitely the people in the cities. It's cool to meet talented people on the road and be able to collaborate in a setting where you only have that day – no expectations, just writing music – and I've been fortunate that way with a lot of these songs.

E: You did some really cool videos on your socials that go behind the scenes of certain tracks off the album and you discuss how the creative process can be extremely difficult for musicians, however you really don't allow that to happen to yourself. Do you find that having a more in-depth and critical approach to music-making important?

PL: A lot of people I meet who are creative in music don't realize there not one process to making music. I'm happy to write songs that don't work out because I'm still writing – it's like a muscle. A lot of big acts will get a song acapella and just remix it. I've done it once, but it's not for me. You can get there and how you get there doesn't really matter, but it's interesting to find out how you can personally write a song and what works for you. You have to work through the difficult songs to get an easy one.

E: Any touring plans with the new record once your summer show run is finished?

PL: The fall season is looking pretty good – I've got a lot of shows in September and I'm doing one with The Magician in New York – but I'm not as worried as I should be. The record took a lot of time and energy and now that it's out, it's a bit of a relief. It's like the title of the record – Hold On Let Go – move onto the next thing. You're only as good as whatever you're working on. But now I have an album, so maybe I can work with some people that I would've never been able to work with before.

E: You recently signed your first publishing deal with Kobalt Music Group and the legendary Pete Tong – congrats! How did that come about?

PL: This is something that's definitely still sinking in. A couple years ago, Pete Tong's A&R in charge of what goes onto the radio reached out to me about "All In My Head" and wanted to pitch it to him. I guess they've been following my career and with my album coming out, they wanted to sign the publishing deal. Like you said, it's my first and I'm really fortunate because this means my stuff is on Kobalt – everyone is on Kobalt!

E:  You do a Weekly Vibe playlist on Spotify every week. Having a background in radio and having my own show is how I found out about you. Is showcasing other musicians something that's important to you?

PL: Yeah! I go on YouTube dives and that's where you find the best and most interesting stuff. We live in such a curated world where it's like, "This is your gym playlist!" or "This is your dinner playlist" and that's cool, but we put a lot of trust in that. It's not genre hunting to me – there's good music in everything and I want to share that.

E: With the album out and lots of festivals & shows under your belt this summer, what's next?

PL: I have a few remixes I'm excited about. I did one for Dillon Francis & Bro Safari – it's a super moombahton track and I was like, "How do I make this mine?" – so it was a fun challenge. We're also going to keep pushing the album, but I have a few originals in the works. 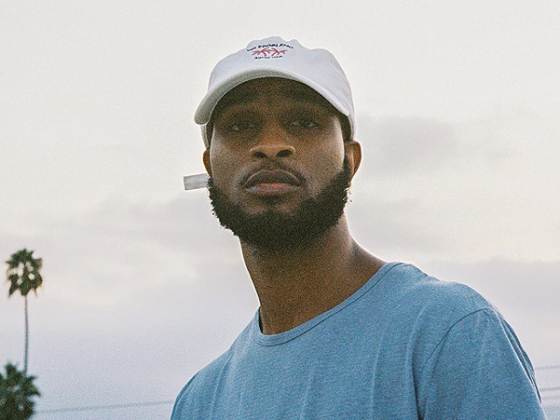 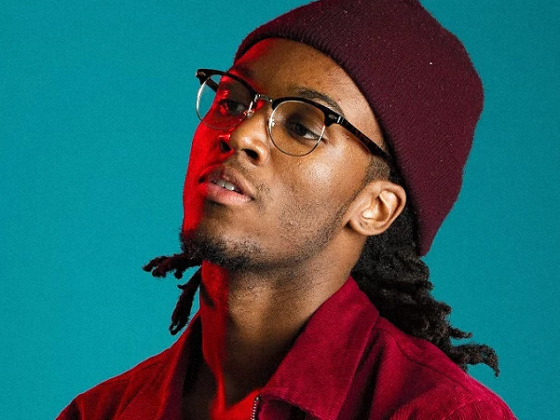