Anne Dereaux opens up about the 'Book of Lolita' [Interview]

Anne Dereaux is an ephemeral R&B songstress whose art exists in between creative mediums. She initially got her start as an esteemed architectural designer, who balanced her time between occasional modeling gigs & as the lead vocalist for the disco-pop duo Dead-Right. She eventually decided to turn her focus to music full time as a solo artist in 2015, tinkering with a much more experimental sound.  The singer has since released her amazing debut EP Book of Lolita, and has guest-starred on HBO's hit show Big Little Lies.

EARMILK has been given the opportunity to talk to Anne about her musical inspirations, future goals, and how she was ultimately able to find a creative balance. 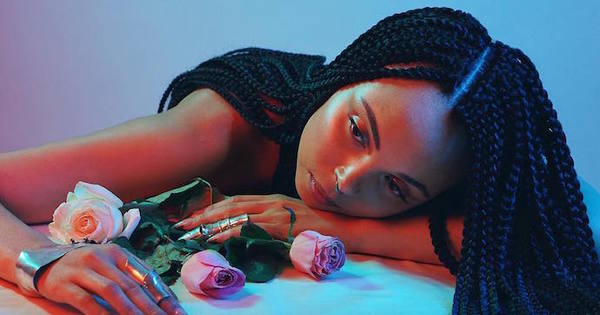 Earmilk: Where did did you grow up?

Anne Dereaux: I was born and raised in Nashville, Tennessee.

EM: How long have you been residing in Los Angeles for?

EM: Did you move out to LA initially for music or to further your career in architecture?

AD: I moved out for music, but the architecture scene in LA is  also a lot busier than it was in Atlanta, back where I was staying these last few years.

EM: What inspired you transition more into your music career?

AD: Quite a few things: I’ve been doing music casualty for years all while working full time and felt like I couldn't strike the right balance. I was in a band before going solo called Dead Right, and we were an a duo that kind of sounded like Daft Punk meets Beyonce, really vibrant disco-pop. That music was fun, but I felt like I wasn’t being true to the sound I was trying to create. Whenever you are in a band you are always kind of comprising. I wasn’t feeling fulfilled musically so I had to do a bit of soul searching. During this period, I was randomly listening to a Andre 3000 interview where he shared that if he could give one piece of advice, it would be that "you should always make the kind of music that you yourself would want to listen to". That statement hit me so hard and basically compelled me to completely reinvent my sound.

EM: Who were your biggest musical influences growing up?

AD: Most of my first experiences listening to music were all some country-ass blues songs. I grew up on mostly on blues and jazz honestly. The  first song I ever learned to sing was a Nat King Cole song. My musical palette expanded to more experimental & electronic genres as I got older.

EM: Are you a fan of sonic contemporaries like Kelela and FKA Twigs?

AD: I’ve never dug into their work like that to be honest. I am a fan of Twigs’ live performance, all of the choreography and stage design is amazing. At the same time I am kind of hesitant to dive into their music because I don’t want to be influenced by it, even subconsciously. 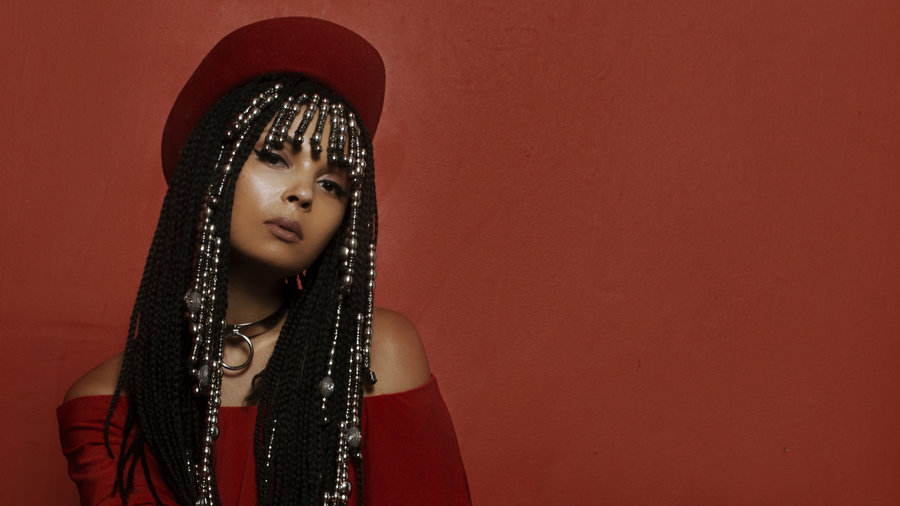 EM: Who are you some favorite artist out right now?

AD: I’ve been listening to alot of 6lack, SAINt JHN, Childish Gambino, & Thundercat. But I still mostly live on the classic oldies like Otis Redding and Bobby Gentry.

EM: Do you feel like your experience as an architect has had an impact on how you structure your songs?

AD: I do feel as though I approach my music differently due to my architectural background. I tend to approach these highly layered compositions as though they exist in a 3D space, and I often think about how these songs acoustically manipulate space and change of the overall mood of a room.

EM: How did you end up HBO’s Little Big Lies?

AD: I am currently a client of this music sync agency called Lip-Synch, and they connected me with the show's music supervisor and director when they were seeking out musicians for that role. The whole experience was enlightening but pretty demanding as I was in the major climatic moment of the series and had to be in so many shots. It became an all-night shoot affair for about 2-weeks straight.

But I am forever grateful for the opportunity as It was very cool to see the whole masterclass of acting and directing in action. 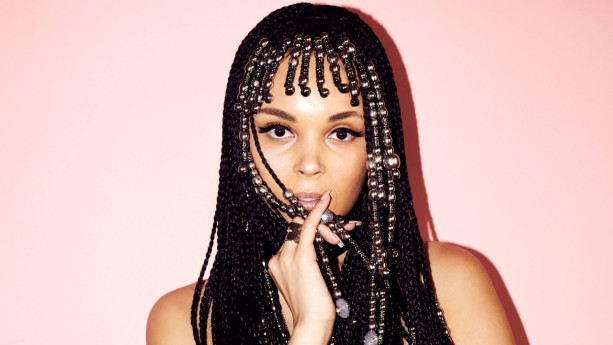 EM: What do you want listeners to glean from you debut project, "Book of Lolita"?

AD: Its an introduction from me. I think it’s the responsibility of artist to speak on whats going on in society today. It’s important to make relevant music to the times for people whose voices are not usually heard heard. For example, there is one song that is written from the perspective of an individual who is forced to commit crime and other bad deeds in order to provide for their family. Sonically it  sounds like an innocent nursery theme bop, but the lyrics are pretty gloomy. It doesn’t punch you in the face with a preachy theme, but it tells a story that makes you think in another people’s perspective.

EM: Has moving to LA influenced your music?

AD: In the band (Dead-Right) I felt like I was being directly influenced by LA, and that’s what ultimately made me step away from it. Because I realized the one thing that makes a person feel special in LA being able to to be your true yourself. So with this album I really tried to be authentic as possible as a woman who has grown up in the South.

EM: If you could describe your sound in as little words as possible?

AD: I would say that I wanted to redefine what it meant to have a southern sound. I look up to people like Outkast who have created a lasting, genre-breaking sound that has inspired so many people. I want to sing these songs that incorporate many different elements, but are ultimately classic sounding.

EM: Where do you see yourself in the next 3 or 5 years?

AD: I want to be a mogul. I feel like there is opportunity for a woman to do what someone like Kanye and Pharrell have done. They came in and made their platform with music but spread out to so many different fields. I feel like having architecture in my background I see so much potential for collaborations. I don’t want to see that part of my story being lost. I could see myself designing and doing special things with fashion houses for a release or something.

I design and shoot all of my art myself. I have friends who shoot me sometimes, but I’ve been all hands on throughout the process. 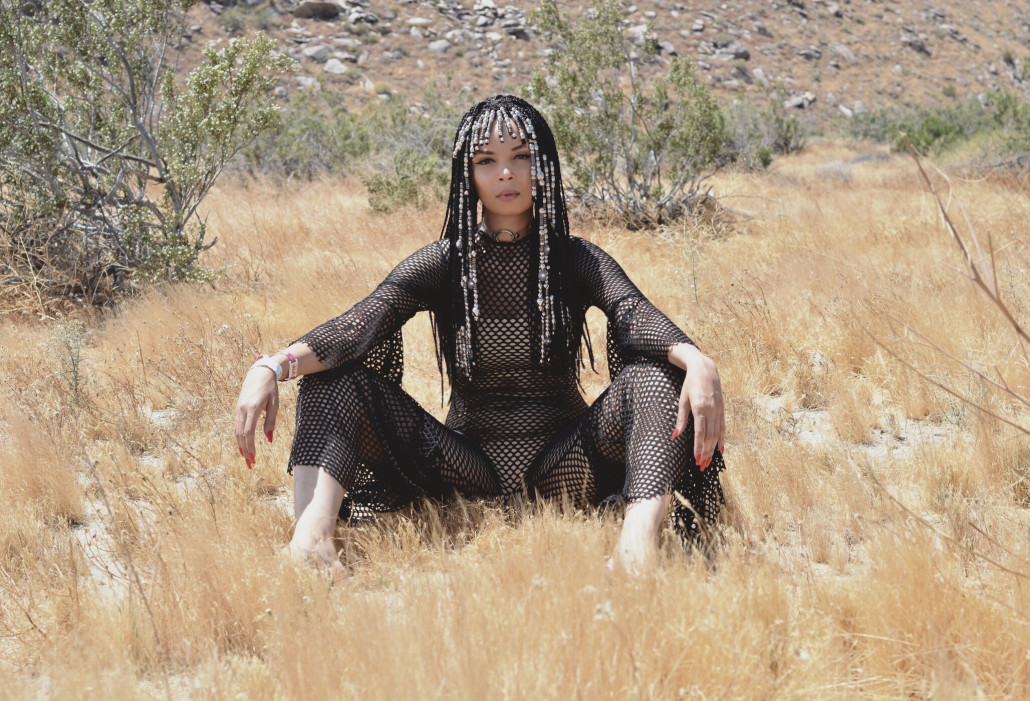 AD: Beyonce!  if are seeing this let me design your new home!