Before you can love an artist (or artists) it's easy to find yourself perusing their music until it sticks in your head like the back of your hand. Even with that being said, there are times it's possible to find a new freckle, or wrinkle, releasing a small, but refreshing detail to what you found so vivid in your memory. The same can go for a band you’ve listened to for years. You know them well, their music, and the details that make them who they are. But sometimes you will find that as time passes, their interests, their music, and their change in nature can be a refreshing wake up call. For me, this revelation occurs with Portugal. the Man and their new album Woodstock.

Zachary Scott Carothers plays bass for the Alaskan-born band. I had the opportunity to catch up with him while he was hustling around New York, playing shows and doing calls similar to mine four hours out of the day. He picked up the phone with chatter in the background, with an immediate cough away from the microphone. Then, in a muffled clearing of the throat, he said, “JOHN! Sorry, I’m sick… bong rip.”

With 9 hours of sleep dialed the night before, Zach made it clear that was more than he had in total over the past few weeks. Delayed flights, buses breaking down, and a plethora of beers consumed, the band had been covering promos and shows in NYC with a few minutes to spare for me to lock in my “freckle” curiosity.

Woodstock is the first Portugal album in over 4 years, and the band feels the delay building more and more anticipation into their days. Ever since Censored Colors in 2008 (not even their first project) it was like each upcoming release was light years away, yet this is the largest gap in production since the band’s creation. “364 days a year, we’re doing something,” Zach said. “We’re super pumped. It’s been way too long since we put out anything new, and it really just breeds new life into our band. It’s good to be working solid again. Focused.” He then summed it up by stating they would like to go on tour forever after the release.

My friends and I have been personally waiting. I’m not just reporting this, or doing the interview to just do it. We wanted the difference we should see in this project versus others, and I had listened to the album over and over, but couldn’t put my thumb on the message.

“It’s just better. We really found ourselves in it more. We had written a ton of songs, we weren’t on break or vacation. There were 3, 4, 8 different versions to 40 different songs we had lined up. All that time I think we were learning more and more about ourselves and how to write better songs. I really feel like with this one–our goal was to make it sound like a music festival.”

Portugal wants this album to represent their collection of music, their influences. They molded the sound to being surrounded by all types of artists, the feeling of having it in your back pocket.

The album is born out of the movement of Woodstock ‘69, the festival, the focus of energy and love in the midst of political turmoil. “I wasn’t used to seeing such a large group of people happy… I was used to seeing riots, or fucking war scenes.” Zach thought it was beautiful, so the album deserves that feeling. When I first listened, I longed to find that congruency in its composition, or a theme. When I heard this take on it, I immediately realized it wasn’t about a common ground… From the LSD-drenched headband of Jimi Hendrix, to the pregnant Joan Baez, to the young addition to the lineup by the name of Santana, Woodstock’s purpose and culture rings loudly in what Gourley and Carothers want to portray with the new album. It was about a diversity in their own interests and loves, melded into an album like mixing paint to create new colors.

In the opening to their narrative for the album, Portugal writes, “Well, we’re well into 2017 and the world continues to burn like an avalanche of flaming biohazard material sliding down a mountain of used needles into a canyon full of rat feces.” I don’t disagree with them, but I wanted to find where the mentality comes from.

“Well, that’s a joke… A lot of it,” Zach said. “We always try to find, when shit’s going bad, the good in a situation.” He explained that even tragedies in the family, or dark times, are often remedied with humor. A lot of the things they write on that level are taken lightly, to spin dark times into light. Hence, Woodstock.

Before this project, Gloomin + Doomin was the album on the docket. PTM trashed it. “We had pretty much too much music. It was all really good. There were just a few problems, we took the Prince approach and wrote 50 songs and trimmed it down.” He explained it wasn’t how they work. They focus on reason when they write and record. As they took their time on the previous project, the world turned, and turned past the ability to relate to what they had in their hands. So they scrapped it, and took a few bits and pieces (we may see it in the future).

How does a band not receive pressure after spending years on one project, attached to a giant label like Atlantic Records? When they are relaxed, and their Portugal. The Man. When it comes down to it, “We have to do what we want. Everyone was really cool about it.” 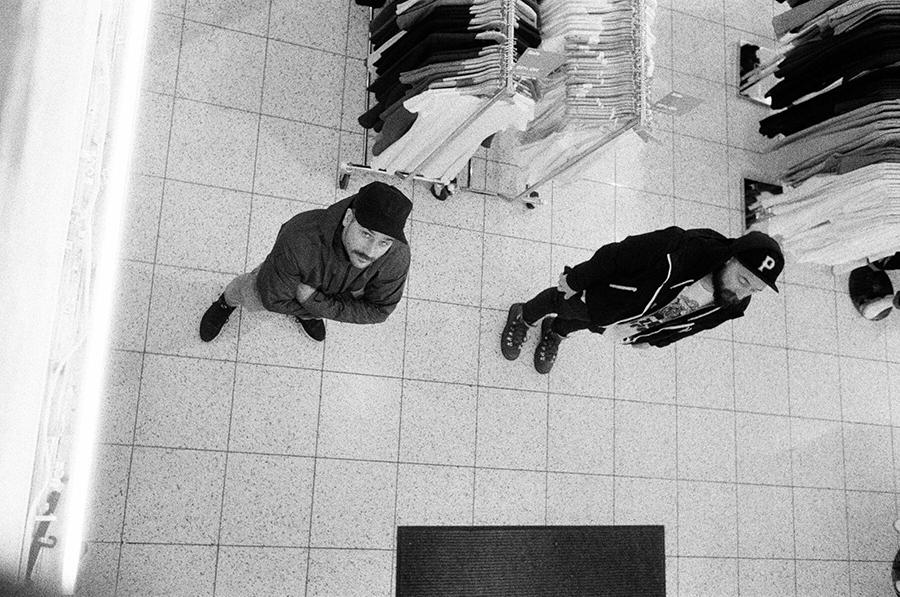 To me, Woodstock has a different style. The progression in their music definitely turned this way with Evil Friends in 2013. “We consciously try to change every time. We try to evolve, we try to get better, and do different things. We get bored easily.” To them, it’s a conscious movement with no plan in mind. They do it selfishly, writing what they want to hear. It’s about where they came from, who they love, and what they would like to hear right now.

Without trying to appeal to anyone (including me), the band continues to play on being them.

“It’s pretty amazing to look back on,” Zach reminisced. “You never really realize until someone asks you that question [about your past]. I’m just proud of all my dudes. Fuck man. The fact we’re all still playing music together, and like each other, is a miracle.”

All the places they’ve been, all the work they’ve done, has culminated to this very moment in a very blissful way. They didn’t plan it, or orchestrate a monetary aspiration into a reality. They remained as themselves playing music they actually liked, which to me is a success many musicians (and people) don’t achieve so organically.

“If I could basically talk to my 16 year old self, and tell him all the shit I would do, and say that ‘Hey man one day you’re gonna be writing music with Mike D from the Beastie Boys!’ It’s unreal. There’s a million of those little things.” Zach seemed genuinely giddy over this.

The band never stops their tour. Whether it’s riding out the major success of Evil Friends or enjoying the hype of Woodstock, it seems to melt together into one giant, wild ride that they’ve enjoyed since day one. You can expect them to be in a city near you.

“If you wanted people to take away one message from the album, what would it be?” I asked.

“Do something,” he replied. Simple, yet broad enough for anyone to make their own meaning out of it. 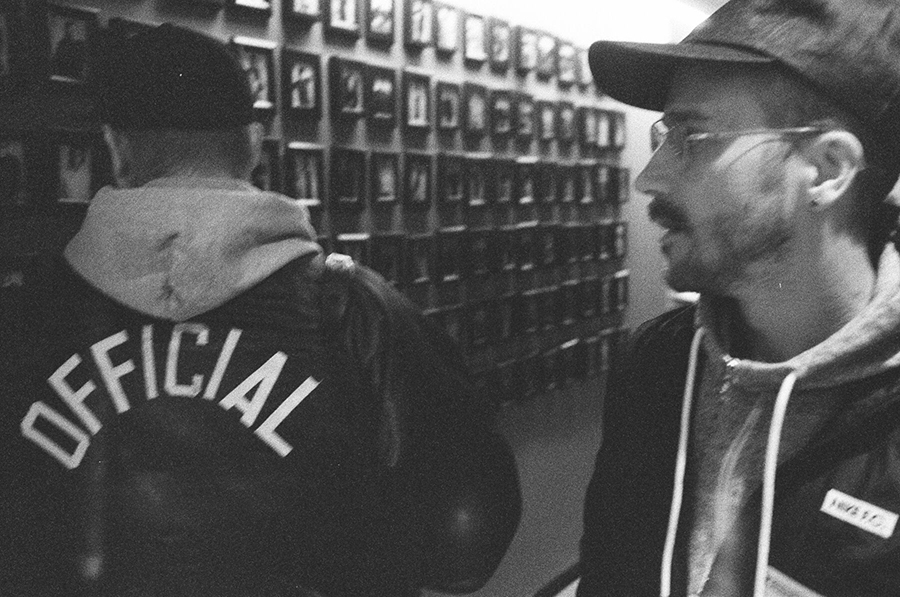 Zach had to rush out, so I gave him a lightning round:

Favorite hip hop influence? “Kanye. I listened to Yeezus every day for a year. It’s a hip hop album without a snare on it.”

Will you continue to perform “Day Man” from It’s Always Sunny in Philadelphia? “Oh hell yeah, and soon enough you will see why…”

He rushed out to his next meeting and I felt satisfied. The album was great, the talk was insightful, and he seemed happy. That’s all I could have asked for.

As much as I would want to say, “Portugal has done it, they’ve reached the heights they’ve always aspired to with the music we’ve always known and loved,” I can’t. Sure, they’ve reached monumental heights as a band, but in now way is Woodstock a swan song. They love music, and they’re going to continue doing it in all fashions.

The album comes out tomorrow, so enjoy it, and find your own “freckle”. 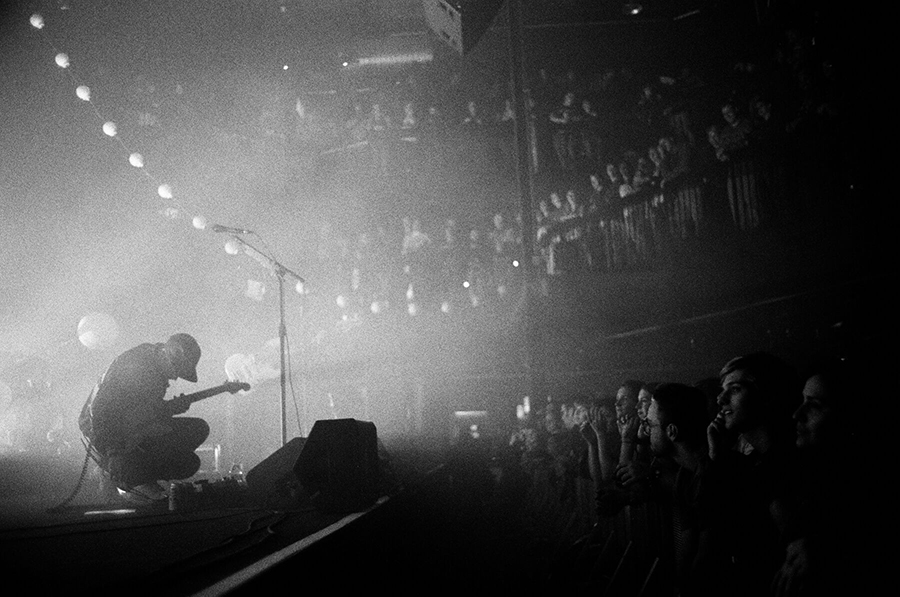 All photos credited to Maclay Heriot. 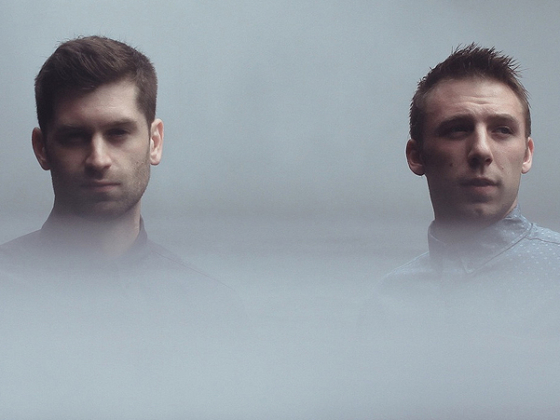 ODESZA's new album 'A Moment Apart' is slowly piecing together 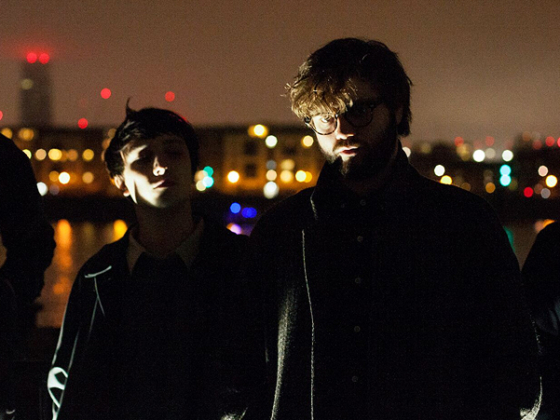