Raz Berri, a brand new artist to the techno scene, releases an EP and visually stimulating framework for the 5 tracks, featured on EARMILK first. Previously known as Dreadlock, the Montreal based producer has developed a unique sound and has been featured multiple times before for his collaborative work with singers, summertime EPs, and local festival advice.

I had the pleasure of speaking in-depth with Raz Berri, formally named Jon Cohen, to hear more about his creative growth, recent project, musical inspirations, and much more.

After the Dreadlock chapter of music he didn't release anything at all and took two years to find his true self. During that time Jon was making a lot of styles, some examples include Melbourne bounce, electro house, and soft vocal collaborations; Jon was still in an experimentation chapter that I personally enjoyed hearing since it represented a raw form of creativity.

“I was still learning what I wanted to be and getting better at production. For the last eight months I’ve been happy with every production I’ve made and it’s become it’s own style. I’ve finally hit a point where I am happy with what I’m making and I can now make that for the long term.”

Raz Berri explains that he’s found himself a signature style, yet he doesn’t want to be reduced to another DJ making Middle Eastern techno music. A lot of what he’s been making on the side is music and sound effects for video games. You can hear a lot of stems and samples throughout Hamsa, for instance.

Jon literally wrote the entire 5 track EP on a cruise in eight days. A lot of the perks that he used are recently produced for a VR game called Radiant Crusade that he also works with.

"A lot of the sound effects that I made for the weaponry system in that game actually stemmed into a lot of the interludes and breaks. “

EM: What was the first track that you made?

"It was the first day of the cruise that became Fat Tuesday. It took me a really long time to make the brassy sound, but once I had found that it became a theme of the whole project. I think for now on a lot of my projects will be like that. The greatest one that I’ve made in a month will be the one to fuel the next EP."

The music he’s making right now is an organic techno with sounds that are unconventional. Jon’s recently been making a new song with weird offbeat bell sounds. He has always enjoyed making out of the ordinary songs using vocals in distorted ways.

"Fat Tuesday" features a rolling spooky vocal that lips into the eerie melody. Raz Berri has created a unique overall sound on the first track of the EP that sets the listener up for the remainder music.

"Losing Consciousness" brings you on another trip through a darker vocal echoing throughout and thicker bass that defines the song's structure.

EM: Can you explain the video collaboration that you did for each video?

"Yeah absolutely, over the last bit of time in my music career I’ve wanted to give something a bit more than just this auditory aesthetic to my work. I’ve been working with a lot of game developers lately and a lot of my friends are in that industry."

EM: Raz Berri essentially began to build an audio visualizer with his friends using a gaming program Unity to design each video. He explains how he imagined a world moving to the music, expecting something different than your usual kaleidoscope hypnotic.

" I wanted to make a world that seems story based. I want every new song to have some sort of visual aesthetic to coincide. We’ve built the guts to a visual software, all of the pieces pick up frequencies of the song and then appear in crazy properties within the world that we’ve built. Every time I make a project, I can update the world, add a new theme, but keep the software."

Building what they’ve already done is the hardest part of the process. Raz Berri sees this project almost as a Beta because he and his team put their time towards the guts and not clean visuals. Next time, however, they don’t have to focus as much as the guts and we could really make the art more attractive.

It’s clear that there is a gaming influence on the EP inspired by his work within another industry making sound effects. Hasma is out now on a German techno label, Big Mamas House Records.

Over the last couple of years with the fall of EDM, people have started to get into more mature dance music. Raz Berri believes Germany has helped drive that changes due to the standard they set in techno. He explains how the German industry and community in that music is really thriving and sets such a staple. One song, in particular, I’m advised to listen to is “Singularity” by Stephan Bodzin. Raz Berri was influenced by the video since it has large organic analog synths that fit really well with his new style. He explains to me:

“Stephan Bodzin has an amazing music video for the track that follows the tempo, being an audio-visual type of visualizer. I always thought that concept so cool and it must have influenced me subconsciously to add more of a visual representation to my music.”

EM: What’s been the music that you’ve been listening lately?

“A lot of my friends are producers, so I mainly listen to their music. Most of my friends make their own kind of music, so we cover different domains. My friend Brodee, for instance, makes hip-hop music, so when I see his production it gives me an understanding of another style."

“On a personal level being inspired by my friends is a completely different experience than listening to my favourite producer to ask questions. With my friends though I can see how the guts of music are structured as we are learning together.”

Raz Berri tells me how he’s been listening to a lot of Cubicolour and David August lately as well. Everything that has been coming off of Ajunadeep recently is organic and experiential, more minimal sounding and helping his focus in production through hearing others ideas.

Last year spending time with Jon, he was working on a lot of live sets with our good friend Rob Naylor. I ask if he is still doing a lot of live analog experimental sets?

"Rob and I have definitely been influencing each other in production, but we’ve not been playing as much live music. That stuff is so much fun though because if ever I were to have the luxury to play shows I vowed to myself I would never want to do just a conventional DJ set. I would want something that feels more live, like picking up a guitar."

I don’t like mixing fully mastered songs into each other. I would rather just make something from scratch live. We’ve just gradually built this thing that I’ve never made before and never would again, it’s just there in the moment.

I challenge his idea of being there at the moment since I know he live-streams each set.

“When I say being in the moment, someone doesn’t need to be there with me necessarily. It is cool to be able to record the set and listen back over time to think about my music.

“ I’ve just seen such an old Nicolas Jarr Boiler Room set of something that I’ve never got to experience live. Every time I watch that video it brings me back to this artificial moment in my mind where he has a memorization of the music. He uses a strange radio throughout that he tunes in and out of the station with.”

Jon explains how Nicholas Jaar’s new EP is actually where he strives to be, making groovy minimalistic tech house. As an electroacoustics student at Concordia, I appreciate how Jon enjoys more experimental kind of musical projects.

"Out of fucking left field Nicholas Jaar releases the weirdest EP ever, Sirens. It has no label for it, it’s not techno, it’s not even dance music. It’s just these really advanced sonic compositions, taking sound and making a whole composition that is out of this world. The school projects that I’ve done don’t ask you to make a beat, you create a soundscape."

Speaking of albums, I ask Jon when his album is coming out?

“Well first is this EP Hamsa, which in Arabic means 5. I’ve been trying to reinvent my new style, I can safely say that I hit that last week. Whatever I end up making I would want to label to be representative of that style. I’m done catering to others and it’s the hardest part about starting a new project. Raz Berri is something I really want to make my own."

“Don’t ever regret the choices you make because it’s what builds everything that you don’t know about yourself”. 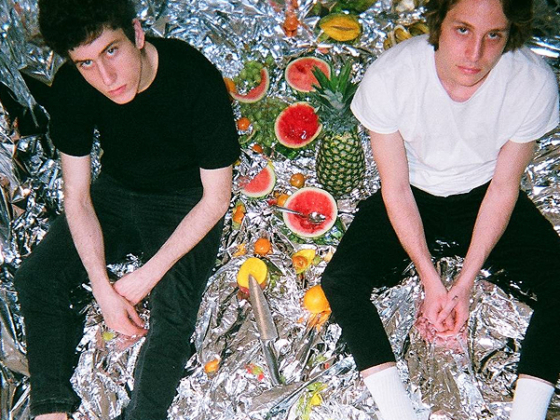 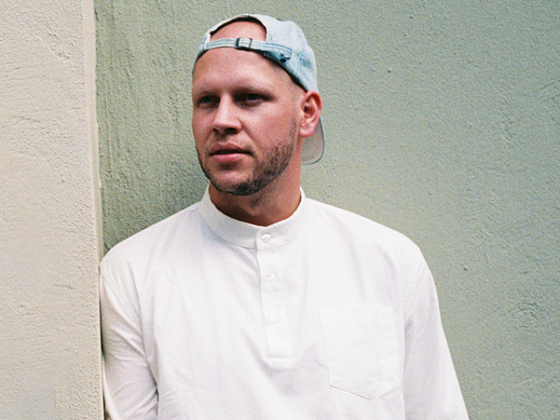