Orlando's Expert Timing has finally announced the release of their debut EP, Selective Hearing. The band, comprised of guitarist/vocalist Jeff Snyder, bassist/vocalist Katrina Snyder and drummer Gilbran Colbert, will see their project release on March 10 via Death Protector Collective. After initially appearing on DPC's Mixtape #1 alongside bands Prince Daddy & the Hyena, Dikembe and Henrietta, there's no doubt the EP will serve as a proper introduction to the already buzzing Orlando trio.

The group's first single is "Sleep," serving as a smooth pop jam with a guiding rhythm section and an addicting chorus. Jeff and Katrina take their turns trading off vocals that demanding singalongs:

In an exclusive premiere with Punktastic, Expert Timing revealed the subject matter on "Sleep": "This song is nostalgic to us as it represents the beginning of our relationship. It’s about really sharing your life with someone and using the strength of your relationship to face scary decisions and big life changes."

Expert Timing's Selective Hearing EP will drop March 10 on Death Protector Collective. Until then, overplay "Sleep" and pre-order the release at DPC's official website. Catch them live at one of their southern tour dates below. 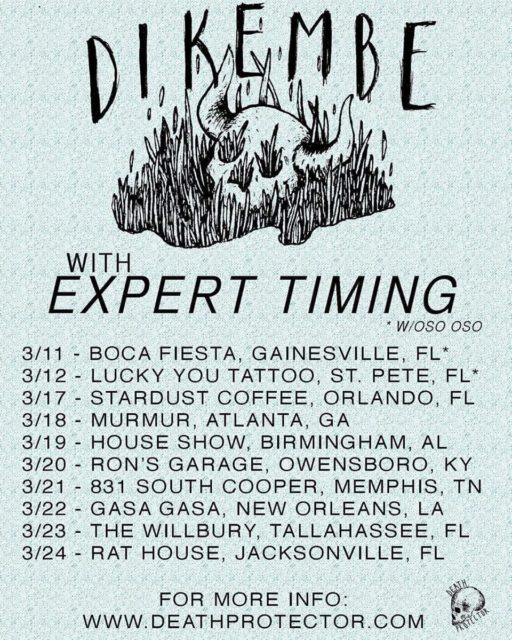