Jonwayne is tired of being "Out Of Sight"

Shortly after announcing his first tour of Europe, Jonwayne proclaimed his struggles with depression and alcoholism in a poetic open letter to fans. An outpouring of support followed on Twitter and Facebook from folks who would probably wait a lifetime for the sequel to his Stones Throw Records debut, Rap Album One, but luckily won't have to. The LA-based rapper and producer - true to his word - is finally releasing a full album after a three-year hiatus. "Out Of Sight" is our first taste of Rap Album Two. Open wide:

As per his usual flair with language, an abstract yet gorgeous collection of thoughts fill every line: "I'm just a man playing God with my thoughts over pans and pots. These scotch rocks are acting like Novocain. / Might as well fix the grill, spill the spray until the day that my brain's cold. That's what I told the rain."

In its production too, Jon takes it in a direction not oft traveled by other producers. With original strings by Sofie and bass by Juan Alderete, the track comes to life with the vibrancy of ensemble. The subtleties draw the ear on this track, with rich sounds uncommon in Jonwayne's previous work - the 8-bit synth left as a lone reminder of what was.

After parting ways with Stones Throw to start his own label (Authors Recording Company), Jon was mostly off the radar - producing a few amazing singles (namely, “Wonka” and “That’s OK”) but not much else. It's gotta bring a sigh of relief to fans everywhere that he's back on the grind. Don't worry, guys. He's more than OK.

Look out for Rap Album Two, dropping everywhere on February 17th. You can pre-order it here. 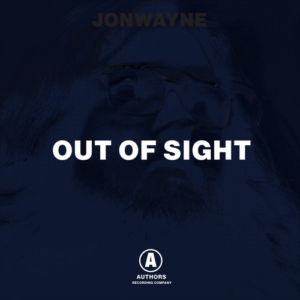