I think it's safe to say that few other electronic artists have enjoyed a meteoric rise quite like Marshmello.  Having only debuted some years ago, the man has very carefully crafted one of the most distinct and prolific musical catalogs in recent EDM history, all the while protecting his identity behind a couldn't-possibly-be-comfortable-to-wear-for-extended-periods marshmallow helmet.  Now, smack in the middle of his preparations to play English mega-festival Creamfields, the DJ has dropped a brand new single and video to commemorate the start of his first national headlining tour.

"Ritual" is a yet another great track from Marshmello, as it features very similar pulsing synth lines as his recent hit, "Alone." This track is definitely more of a pop-oriented affair however, with guest vocalist Wrabel lending his emotional vocals to make this one of Marshmello's most radio-friendly songs to date.

But beyond the actual song, there are some very interesting images depicted in the video. For starters, OWSLA and bossman Skrillex makes multiple appearances, cruising on his skateboard around LA without a care in the world.  Up and coming DJ/producer Slushii also makes an appearance. But the real kicker comes at the end of the video, when a certain mau5head makes an appearance. As Marshmello and his ethnically diverse group of friends enjoy life for all its worth, we find a forlorn mau5 seated by the group, #foreveralone. Marshmello proceeds to invite the mau5 (who, curiously, has three ears instead of two) to party with them, and by the end of the video a new bromance has formed.

It's anyone's guess as to exactly what meaning we're to derive from this, but suffice to say, the sheer temerity of borrowing such an iconic visage is sure to stir the pot. Deadmau5 has already responded to the video (of course he has) with less than flattering comments:

difference is, I've never felt i should parody a bucket in my video to cover up whatever insecurity I have with sub-par trap production.

You'd figure someone "on that level" as it were, would be less reliant on someone else for the highlight reel. Guess not.

And when a (probable) Marshmello fan tweeted back that Marshmello was "taking [him] out of the map" (whatever that means), Mr. Zimmerman tweeted in response:

Sounds good. I'll gladly move onto other things everyone can emulate 5 years from now. https://t.co/yFz7F9dtGq

Again, who's to say what Marshmello's intent was in even using the likeness of Deadmau5 in this video. It's certainly not a secret that Marshmello and Deadmau5 have had a somewhat icy relationship up to this point, even getting into a small twitter beef earlier this year. Not to mention the relationship between former collaborators Deadmau5 and Skrillex, who have also engaged in recent twitter spats. But as I said earlier, throwing Deadmau5 in the video is sure to cause some waves, which honestly, was probably the intent from the very beginning. Regardless of the faux-drama, "Ritual" is a great song and definitely worth checking out.

"Ritual" is currently available via OWSLA. 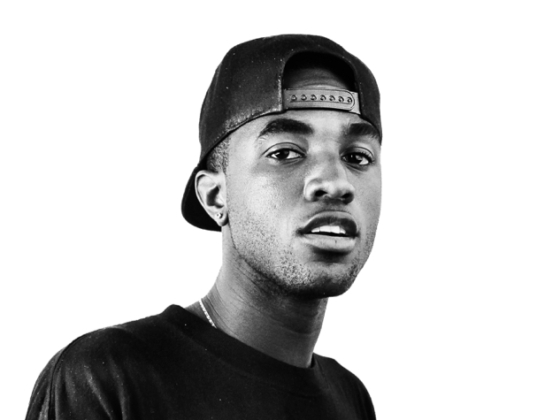