Classixx looks forward to pizza, bagels and Marlow & Sons ahead of NYC show

Though Classixx have known each other since their teenage days, the LA born and bred electronic duo has successfully made some real ties with New York City in their adult lives. Throughout building their music career - in which they've released two albums, 2013's Hanging Gardens, and this year's Faraway Reach - members Tyler Blake and Michael David have built a circle of friends in the music and art worlds that have allowed them to have unique experiences in NYC.

To some extent a city is only as fun as the people you know there.  We've travelled around a lot and try to make new friends in each place we go so that when we come back we'll have peopl to hang with.  We have tons of friends in New York just through DJing and the music and art scenes. Some of those people have open guest rooms or at least couches, and some of those people own great restaurants so we're always comfortable and well fed.  As long as you've got friends and somewhere cool to go for a drink, we're happy. You also have to have an open mind and say yes to weird stuff.  That makes for a good time sometimes.
For Faraway Reach, we wrote and recorded a song called "Safe Inside" at Michael Angelakos from Passion Pit's apartment overlooking Central Park.  His studio wasn't quite finished so we just tracked everything in his living room which helped naturally give it a really intimate vibe. We set up a nice mic and were listening back on his vintage hifi system. Most of the vocals for that track weren't even recorded with headphones. We were drinking fine Japanese whiskey and smoking Nat Shermans because that's how Michael rolls. It felt kind of like the New York version of that whole Laurel Canyon era of recording in LA. It was a super memorable experience.

And in their experiences, of course, none have been complete without a tour stop or a various live performance. Ahead of their Faraway Reach Tour stop this Friday at Terminal 5, the guys reflect on their music and performance swag as they're challenged and uplifted with each return to the city.

New York has always been one of the most forward thinking and subversive cities in the world as far as music and the art goes and I suppose everything else really.  It has a certain sophistication unlike other cities. There has also always been this NYC vs. LA rivalry. So when you play a show and these people respond positively to what you're doing its pretty validating.  It's also just such an exciting place to be and the energy of the city finds its way through the doors.

But of course, no trip to New York City would be complete without an extensive food tour. For Classixx, that means linking up with their friend Alex Frankel of Holy Ghost!, who recently opened the critically acclaimed and food blogger-snapped Frankel's deli in Brooklyn.

New York's food game is arguably the best in the world so its hard to pick a favorite but the first thing that comes to mind is that our friend Alex from Holy Ghost! recently opened a deli in Brooklyn called Frankel's and the brisket sandwich is about as good as a sandwich can be.  I'm not a big smoked fish guy but Mike is and he says its excellent.
We have to eat pizza at least once every time we're out there even if just one slice. The best slice in LA would be totally mediocre in NYC.  Also, New York has the bagels. Bagels in LA are shit.

Our favorite area of the city is cliché - Williamsburg, Brooklyn - just because that's where all our friends live so that's where we always end up hanging and eating and going out. I don't think I've been to New York without having a big friends dinner at Marlow and Sons. 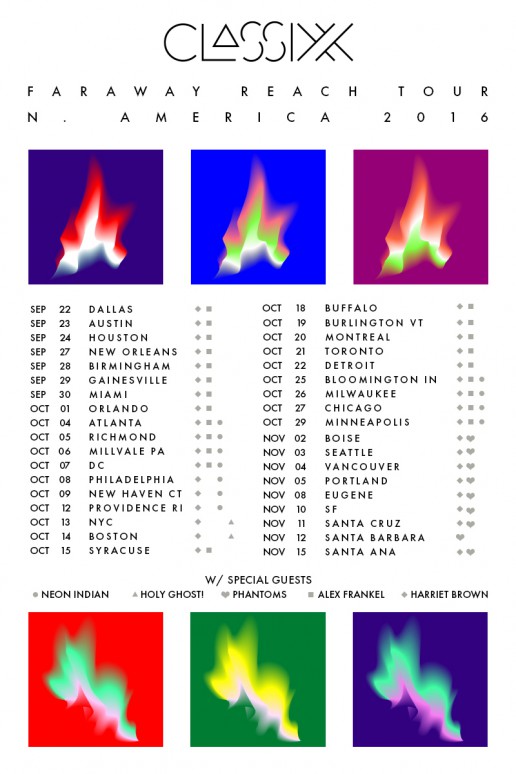