4 years ago by MacEagon Voyce

Guy Andrews is not your typical dancefloor DJ. The London-based producer dabbles in techno, but his sound is just as informed by post-rock and ambient music. After years of singles and EPs, Andrews released his first LP, Our Spaces, earlier this year via Houndstooth.

Today via EARMILK, Andrews is announcing that he'll revisit the full-length record in an upcoming remix EP titled Our Spaces: Reworks. The four-track album will include remixes by both Max Cooper and Ben Pearce, as well as two more Our Spaces standouts in which Andrews himself reimagines his tracks for the dancefloor.

EARMILK is streaming one of the latter to celebrate the announcement. On "Higher Waters VIP," the EP's lead track, Andrews co-opts the original's menacing industrialism to create an infernal, rave-ready floor-burner. He explained that process to us:

"My aim for the Higher Waters VIP was to create a much more sonically intense version of the track - something deliberately harsh to listen to. Only using a few elements of the original I deconstructed the song and rebuilt the track adopting a more Techno influenced arrangement. Much of this remix is inspired by my solo performances, where I take the same approach to reconstructing the tune but in a live context, using only hardware to do so."

And indeed, over the course of five minutes, Andrews' buzzsaw basslines and grainy synthesizers rumble in an immaculate balancing act worthy of a techno pit. "Higher Waters VIP" swells like surging seas, and it heaves like dark 4am dancefloors: obscure and feverish with just a hint of dread. Just the way we like them. 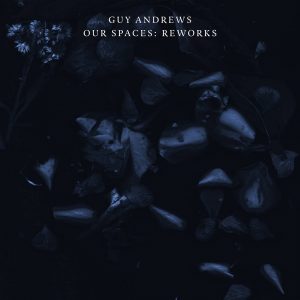 Our Spaces: Reworks is out July 8.