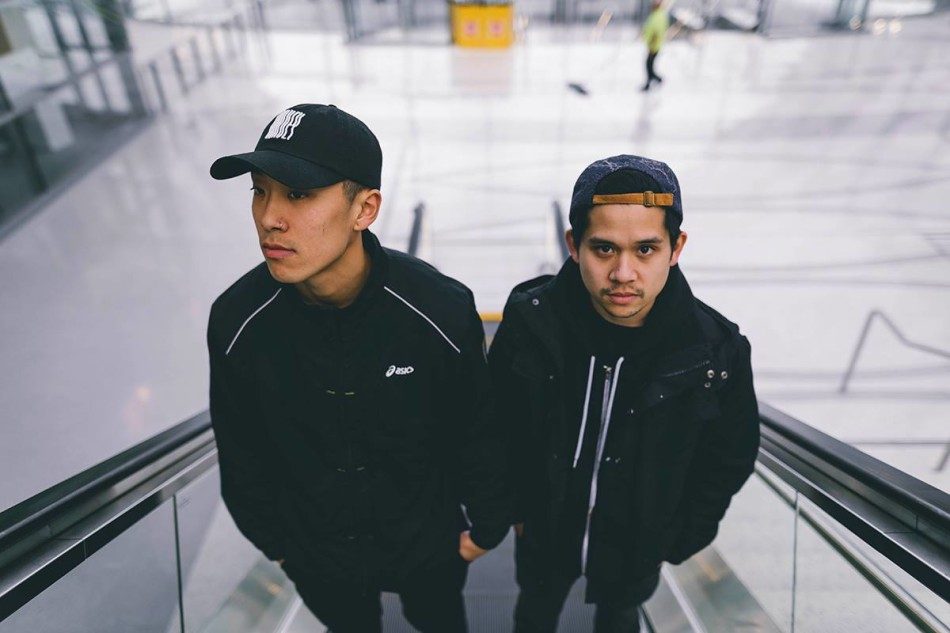 I first heard of Los Angeles-based ARMNHMR through their track "Louder," and was blown away by the dimension and the duo's ability to push the limitations within the medium of sound. Fast forward four months later, and I would not have imagined how much ARMHNMR's sound has developed and matured. What I enjoyed about "Louder" was the track's sporadic nature and how it maintained an enticing flow in all it's haphazardness. The duo show no attachment to any specific style or trend within the electronic realm and seem to have an effortless skill in seamlessly stringing together sounds which tug at varying inspirations. Together Joseph and Joseph have brewed a flavorful concoction of sound in their debut EP Infinite, rich in poignance and crisp in its fabrication.

The first song off the EP, "Trauma," is a silky track complete with intensified vocal manipulations, squeaky synths and baleful progressions. This musical strategy shadows a darker side to the music. The track eventually drifts off to a sinking breakdown infused with trap intricacies.

"Origin" contains an underlying sparkle that widens the atmosphere of the track, giving it an otherworldly sort of vibe. The alarm-imitating synths create a tension in the build up released by an overload glitch with patchy splotches of silence, to evade expectations of listeners. The track wraps up by bringing it back to an organic sound with echoey piano inserts.

The latest release "Rise" is a colorful future bass work with rolling melodies. The bright rhythms of the track interestingly juxtapose with the gritty trap proposed in the drop. Overall, "Rise" would certainly be a crowd pleaser with it's undeniable energies and bounce.

So far the duo have compiled a promising work that has surpassed previous tracks in terms of quality and creativity. Stay tuned for the rest of the Infinite EP and check out what's been released so far below!