Coachella 2016 through the eyes of Robert Delong [Exclusive]

Robert Delong has quickly moved up from a fun-time video game controller wielding kid to a renowned performer and a powerhouse name to have on any festival lineup. Delong's music mixes indie rock elements with analog electronic sounds to create an incredibly engaging live performance, that's equally as much fun for fans to dance along to.
His Coachella performance this year has already received a flood of praise from many critics claiming to be one of the best performances of the weekend. So come backstage with us as Delong shares his personal experience while attending Coachella 2016 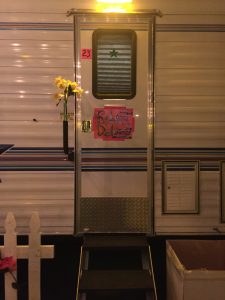 "My Coachella weekend was a fantastic experience! I had the amazing opportunity to not only utilize the largest and most complex stage setup of my performing career, which included a system of ramps that led to 2 percussion stations and one elevated drum riser, but I also got the pleasure of getting to jam with two amazing musicians on stage, Kamasi Washington and Lindsey Stirling." 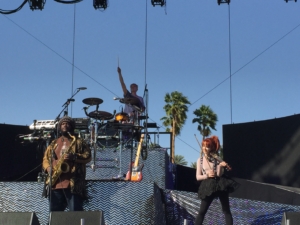 "Playing on Friday was the perfect setup, given that I got to spend the remainder of the festival checking out bands, my favorites being Sufjan Stevens, Kamasi Washington, John Digweed, and Ice Cube."

"Sufjan, who I have been a fan of for well over a decade, had a number of costume changes, including this next level shiny jumpsuit with about 50 balloons attached to it, and ended his set in the best way by stating "thanks Coachella, we've been the Jonas Brothers, see you on the Disney channel!" and throwing down the mic."

"Dancing in the insanely intense Yuma tent to some house and techno (i.e John Digweed and Adam Beyer) was so cool - it was like being at a super-high production value take on an all-night warehouse party. This was my first time really getting to check out Coachella (I played in 2013 but was pretty much in and out)." 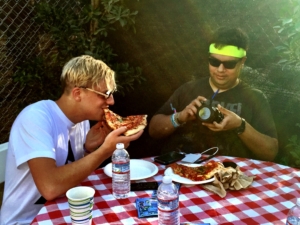 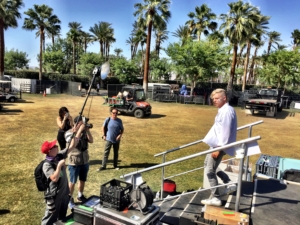 "I will say, the festival did good on fulfilling my expectations and certainly lived up to it's reputation. See you all next week!" 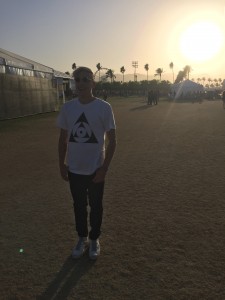