It's pretty common to hear of celebrities becoming "musicians" these days and it's even more evident in the electronic industry. Everything from Paris Hilton to Elijah Wood (even 'Hordor' from Game of Thrones) are on the DJ circuit.

I listen to music from people who are out there chasing their dreams, the last thing I felt like doing was entertaining a mixtape from some notable celebrity. But curiosity won me over (and I was stuck in traffic), so I gave it a listen. Halfway into the track, I already had my foot in my mouth forever wanting to dismiss it.

After hitting play, I couldn't decide if I was jamming out to a fiery new Dirty Bird track or a Berlin underground mix. Grey writes and produces her own music and her latest mix is a testament to her wide range, eclectic taste in music and her ability to understand the mechanics of solid electronic music production. The mix pulls from late 90s techno, early R&B, classic disco and even some new age pop. It's seamlessly layered with fast-paced tech house beats and strategically crafted transitions between artists like 100% (featuring Jennifer John), Stardust, Tom Zanetti, Daft Punk and even added a funky bass line to Kelis. Her previous work dips into club heavy EDM and Euro Dubstep but if you take the time to go through her music catalog, you'll see her versatility as a DJ extends beyond your typical top 40 remixes.

Like myself, it's difficult for many people to separate the music from the name and this is something that Grey is in constant struggle with.

"The strange thing for me is, I'm always going to be in this weird line between music and celebrity. A lot of it is trying to get through that.” Grey

It would be incredibly easy for a famous porn industry/Hollywood actress to leverage her name in order to play as many venues and events as she wants. But that's not something Grey is trying to accomplish. For the first time, I got an up-close encounter of a musician struggling with the fame brought upon by her success. Johhny Depp recently performed during the 2016 Grammy Awards, if he wasn't Johnny Depp, would he have been performing? DEFINITELY NOT! But do you think that idea bothers him to a truly deeper level? For Grey, she battles with having a sold-out audience of fans that may only be there to stare at her and little regard for her artistry.

"My favorite thing to do is work hard on building a new set and when I finally get it to where I like it, I'll then take it out to see what works and what doesn’t. I focus on the reception from the audience and their energy to see what tracks are working. It can be difficult to do that when you're not really sure if the people are excited to be there for you or are actually enjoying your music" Grey

That may seem hard for most people to relate to, but not having the ability to ever gauge your audiences reception to your music can be incredibly frustrating. Unfortunately, the struggle of her notoriety doesn't really stop with the fans.

"I have promoters from all different countries contacting me about performing for certain types of events. So, I'll work hard to prepare a new music set that matches the vibe they tell me, only to arrive and find it's some type of commercial event that's really just selling my appearance and that the music is completely opposite of what I had prepared." Grey

This is not Grey's first rodeo into music. Back in 2008 she was a part of an industrial music collaboration, called aTelecine and since then has worked with top EDM acts such as Infected Mushroom and performed at numerous venues around the world.

"I was spoiled with the kind of music that was in my house growing up. My brother listened to funk, soul and west coast hip hop. My mother was into classical music, my dad; blues rock and my sister; east coast hip hop. As an adult it helps that I go into things with a fine tuned ear for different types of music. I'm not a fan of those who say "I don't like country music," as if they have heard all the different forms of country music. That's like disliking one rapper's song and saying I don't like all hip hop." Grey

This is not a bored actress trying to flex her creative muscle through an exciting new form of expression. Maybe she can throw on a giant mouse head costume and call herself something different to avoid a few of these unfortunate dilemmas. But Grey's music speaks for itself and is something she can stand behind. Expect some big things this year from this musician as she continues to focus more on her evolving artistry.

"As an artist, nothing is definite. I don't like being stagnant and having nothing to do. If I'm not doing one thing, I'm already doing another but music has always been a constant for me. For me, music is something I dont have to wait on anyone for and I have the freedom to work on my own mix at any time." Grey

Check out Grey's latest mix below; 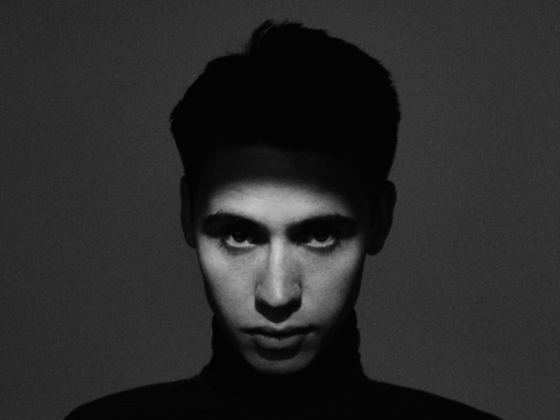