Montreal's RYAN Playground recently joined the roster of Secret Songs, a not so secret label run by another Ryan, Ryan Hemsworth.  The two producers are a great match; Hemsworth always knows how to pick like-minded artists with the same sort of adventurous spirit and sonic influence, and RYAN Playground is no exception.  For her Secret Songs debut, elle, she provides all of the vocals, production and mixing, aside from small contributions from Hemsworth and Montreal's Thomas White on a few tracks.

Starting with the intro, "Liberté," and its climax of twee instrumental emotionalism, elle settles into a hip-hop pace, with Ryan's crystalline voice gliding over the frost-covered beats of singles "Are You Mad?" and "Folders."  Things get even more interesting later on, with more experimental vocals and beat work on tracks like "Fall of Gold" and "Bird's-Eyes."  Stream the album below and download it over at Secret Songs' Soundcloud.  You can also check out the "Folders" video below. 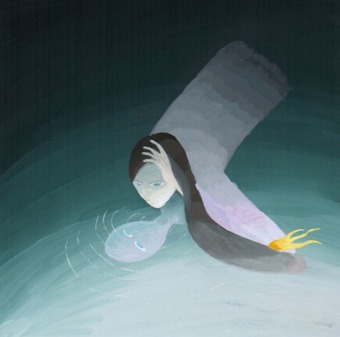