If you've ever felt that Seth Haley's music as Com Truise had a cinematic, epic quality, you're right; in fact there's a detailed, ongoing story of interstellar travel beneath his largely-instrumental synth music.  Starting with his Galactic Melt LP, Haley's releases have narrated the quest of "Earth's first synthetic astronaut," as he travels through space, falls in love, and prepares for war.  The latest chapter in this saga is the Silicon Tare EP, out April 1 through Ghostly International.

Of course, only Haley knows the details, he's leaving a lot of the story up to your imagination.  With Com Truise in your headphones, you are that astronaut.  Listen to his new single "Diffraction" below.  Close your eyes, fly through space. 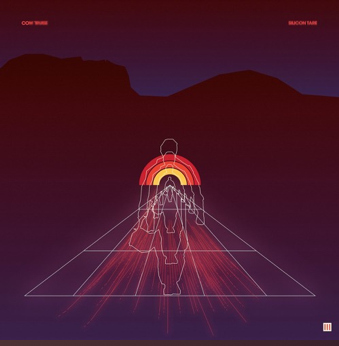