Graeme Shepherd is an artist who has been working on his craft as a DJ and producer since his debut in 2010 with his debut album as Grum, entitled Heartbeats. Since then, we've seen his music evolve, his passion coming through with each new release he puts forth.

Over the past year or so, the Scottish artist has teamed up with one of progressive music's most sought after label, the Above & Beyond-fronted Anjunabeats. Since opening for them at their Group Therapy shows, he's captured more and more fans' hearts and fandom, and now, he's joined the Anjunabeats label tour to head across North America sharing his talents.

As the tour started last week, we got to catch up with Grum ahead of his show tonight at a Brooklyn warehouse, flanked by fellow talent Andrew Bayer, Ilan Bluestone, Jason Ross and others. For more on the Anjunabeats North American tour, you can head to their website.

EARMILK: So how has this tour been?

Grum: Well, we've just had a few dates so far but they've been really good, they were both sold out.

EM: I've been following on Instagram and other social media and it seems like a good crew to travel and play with. Have you ever been on a tour quite like this before?

G: Yeah I did one tour like this before, but it was a few years ago. I think it was 2010, and it was with The Twelves. That was a while ago though, and this one's definitely more fun. It's really nice because we're all friends and I think it's actually the best way to tour, you know, with your friends.

E: When did you first link up with Anjunabeats? You've been making music in the spotlight for some time now, but the connection to Anjunabeats has been more recent in your career.

G: About a year and a half ago. I had a couple of stages in my career really, like I had my first album, which was in 2009-2010 and did that stuff for a while. Then I started to change what I was doing in my style of music and we did a couple of releases with Armada and a few bits and pieces, but then the Above & Beyond guys started playing a lot of my music in their radio show [Group Therapy] and it fit in really nicely with the sound they were moving toward, and it just made sense to do some stuff together.

G: I did some warm up shows for Above & Beyond as well, starting at the end of 2014 and since then we've both been really happy with it and they keep getting me to do more shows with them, and my music has been fitting in really well. It fits with Anjunabeats as a label just as well from the progressive side of things, so it's been really cool.

EM: Once you started playing with them, it seemed immediately perfect. Back to you – what was your relationship with music like when you were growing up?

G: Nobody else in my family really played any musical instruments or anything, it wasn't that kind of family. But my dad was always really into music itself, which influenced me, in like a geeky way: I was getting into music and collecting it. I've always just had an ear for it. I can't read music, I never studied music formally, just found out I have a knack for it, so that's helped me.

G: Trance really got me into music though, in around 1999-2000. I used to really like Ferry Corsten and Armin [van Buuren], and the Above & Beyond guys a few years later as well. I was blown away by the music and I wanted to understand how it all got mixed together and how all of the different parts pieced together.

EM: So when did you start producing your own stuff?

EM: And then you found the sound you debuted with.

G: I started rediscovering this music I had been into when I first got into dance music, and after 2010 when everything started going super commercial, I just kind of thought to myself, "I don't really understand this. I don't really know where I fit in with this." So I just started to do what I thought it should be like. And that began a slow evolution to become where I am now. My reaction to that stuff was kind of like, "I'm going to do it my way."

EM: I like to call your sound "classic progressive," but in the way you make it, there's something so new about it. Where do you take inpsiration from?

G: I've always liked Eric Prydz. You can probably tell he's a big influence on me. The way he puts his tracks together is just massive, and that's just a big part of it because as well as being pieces of music that he can cut down to like 3 minutes and hopefully people will enjoy it that way and listen on the radio, for me, it also has to work in that club environment as something else as well. So it could be a 7-minute epic journey, which is really important to me. Club music is sacred, it's something special, that you can listen to at home, but if you really want to "get it" you need to come out to come out to the club and get lost in the music.

EM: Did you always see yourself being a guy on stage performing?

G: I wouldn't say that I wanted that, to be honest. The idea of DJing is – I got into DJing the same time I got into production – enjoyable, mixing the tracks together. But I've never aggressively pursued it but, it's something that I'm growing into more now, seeing where I can take it with my music. I am definitely getting more into it.

EM: Outside of you and your own music, and dance music, what are you listening to these days?

G: The last few months I haven't really been listening to anything much, I've just been working on my own tunes. I know that's not a great answer.

EM: That's how some of the best artists make their music! Letting the inspiration come from within.

G: It's really the best way.

EM: What are you looking forward to in your future, what's next?

G: I think I'd quite like to do another album, to be honest. I work nicely that way because you're creating this atmosphere within tying each song together. We're going to do some more EP's that I'm finishing off just now, more proper club stuff. Going to head on tour and kind of, see what happens. Hopefully more people will get into this sound and it will become a big deal – that would be nice. 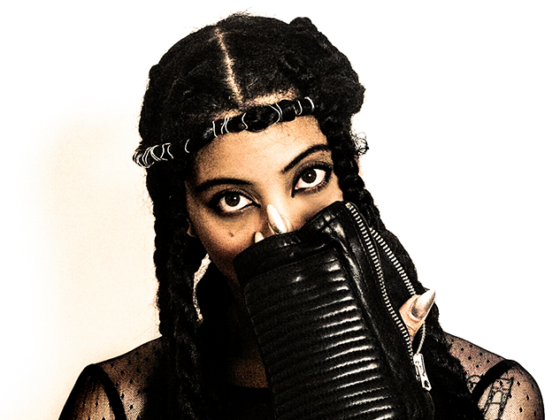 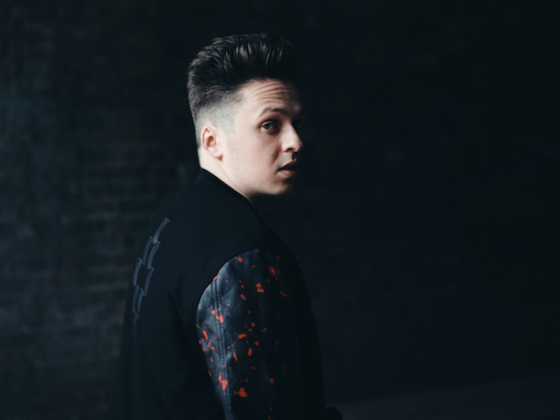