For 12 years Decibel has slowly been shaping and molding into what it's become today; a hotspot for electronic music discovery. Separating itself from other corporate-conducted festivals that dominate headlines by promising big names and bigger stages, Decibel's alluring magnetism revolves around maintaining a DIY mode of conduct offering 5 days of showcase-hopping, music conferences and an opportunity to explore local & neighboring talent that make up the Pacific Northwest electronic music scene.

Night one at The Crocodile was an excellent kick-off to Decibel. The secondnature collective presented a fantastic (and exclusively live) line of performances that drove an anticipating crowd to supernal highs. Highlight acts by secondnature's Archivist and Absurd Recording's Tin Man  resonated vividly. And it was clear by the crowd reaction, both full of local and traveling supporters, that the 10 hour secondnature after-party on Saturday night at Kremwerk was not to be missed. The spirit of the first night only carried on inside The Crocodile's walls throughout the remainder of the festival as it was also the chosen venue for all the scheduled artist panels, conferences and tutorials. This seemed like a more budgeted move compared to the previous  conference locales I attended, but in a way it also fit appropriately with the DIY essence of Decibel, which (fun fact) is still heavily back-boned by the line of faithful volunteers that make out a great portion of the event's staff to this day.

It was insightful seeing Decibel's Marketing Director, Robin Park,  and Soulection's Joe Kay engage in conversation about the importance of building & branding a grass roots collective. Also, hearing Marea Stamper a.k.a. The Black Madonna's comments about the taken for granted role the body holds during the artist creative process and her goal of reaching a state of thoughtlessness during production and DJ sets offered some food for thought. In hindsight, it even helped peep into her state of mind recalling the rocking performance she gave at The Crocodile; a moment where her body was constantly in motion, jiving to the song selections that had the crowd going too. Capitol Hill's Neumos and Q venues hosted a number of notable showcases  including favorites  Recondite and Dasha Rush for the Lucid Dream showcase that featured exhilarating sounds full of poise and emotion. Following the 1:30 a.m. showcase ending, most of the crowd migrated one block down to XLR8R's after-party hosting Marcel Dettmann, Function, and Vril. Notoriously one of Decibel's more posh venues, all of that didn't matter once the night got started. This was a particular night where ear-plugs, energy drinks and an open mind were of the essence as each performer gave a dose of textural, floor-oriented vibes that went on 'til morning. Some of Decibel's most memorable performances came from low-profile talent that took everyone by surprise. Manatee Commune and Taylor McFerrin at The Showbox are a great example. Playing an early set that had Bonobo headlining with a DJ set, the 22 year old Seattle resident (Manatee Commune) captivated the entire crowd and nearly stole the show early on with his unique set-up that included a number of live instruments and sunshine melodies while McFerrin had everyone on their toes with a smooth beatbox intermission that brought on loud cheers and claps. The weather this time around was significantly less "Seattle" and  more sunny than previous years, which made it easier to roam around beautiful Emerald City. The free event at Volunteer Park probably benefited the most out of this circumstance, inviting local families and festival-go'ers to enjoy an entire afternoon full of music, picnicking, moon-bouncing, and dancing. It was a great event to conclude an electrifying 5 day run of festivities. When you ask any Decibel loyal what sets Decibel apart from other festivals, one common thing you will hear is: the difference in the crowd itself. Decibel has been dubbed a festival for more mature audiences who are not entirely there to engage in mindless partying. One aspect of Decibel 2015's campaigning that was refreshing to see was their devotion to assure Decibel was a SAFE(R) SPACE for all attendees. Inside every venue it was difficult to miss the signs, billboards, and business cards that reminded everyone of Decibel's no-tolerance standard of any sort of discrimination by way of misogyny, racism, homophobia, transphobia, bigotry, or sexual harassment. Staff members were asked to take any claims seriously and ensure every Decibel-affiliated event was indeed a safe space for all in attendance. One can only hope other organizers take notes and consider the improved environment this creates for everyone.

Decibel's 12th installment surpassed expectations with ease. Considering it was a smaller, much refined line-up offering less after-hours shows, it could have easily fallen short compared to previous years. But the commitment of founder Sean Horton to push a forward-thinking program with both an educational and progressive purpose is difficult to shake. Credit also lies in Seattle's natural charm; the city's beautiful vistas, friendly residents, dynamic music scene and DIY attitude make it difficult to pass on.

With Sean Horton recently announcing his move to Los Angeles, the future of Decibel is a bit ambiguous, but for now we will find comfort reminiscing on the incredible time 2015's program was.

Andrew Bayer returns with tour and "Nobody Told Me" 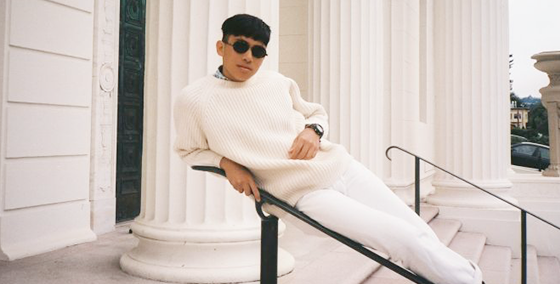 Harriet Brown takes it back for his latest visual "MBC" [Video]