I live in San Diego, California, and one of the major things we've been missing from the music scene are festivals. However, last spring we were introduced to a new idea that we hope lasts the way the big names do (Coachella, Bonnaroo, Lollapalooza): CRSSD Festival, a house/indie festival who's first round proved to be one of the most resounding events in SD year-round.

This fall we see CRSSD turn into an augmented evolution of itself, with one of the most forward-thinking lineups to date. I personally am not so accustomed to this big of a docket coming to my city, so I'm curious to see the colossal crowd come October. For the time being, we anticipate, and anticipate some more. To help us do so, we at EARMILK have compiled the 5 most important things to look forward to at CRSSD this fall:

Ever since the Panda Bear build up of Panda Bear Meets the Grim Reaper, hype for the Animal Collective co-founder has been at an all time high (at least for the 2015 festival world). He put on one of the best shows of Coachella weekend one this year, so my reunion with the instrumental genius was a must have for the tail-end of 2015. We'll get to see him on the ocean view stage at CRSSD, a perfect setting for a full album playout.

Standing out in the middle of Waterfront Park last spring was surreal enough, I didn't really expect much else to shock me–for good reasons, of course. The festival was fantastic, and we expected round two to mirror the landmark event. Once I learned The Flaming Lips were on board to headline, I realized the SD festival dream was on its way to becoming true. They curate multi-layered, psychedelic rock arrangements, but lyrically their compositions show elements of space rock, which is nice to see CRSSD adding that spectrum to the show. Why wouldn't you with their song titles—such as “Psychiatric Explorations of the Fetus with Needles”, “Free Radicals (A Hallucination of the Christmas Skeleton Pleading with a Suicide Bomber)” and “Yeah, I Know It’s a Drag… But Wastin’ Pigs Is Still Radical”. This announcement rolled out with the dates of the event, so my excitement was really only beginning.

Here's one I've actually just been introduced to. Bob Moses, the New York formed duo of Jimmy Vallance and Tom Howie, is a group I should have known about long before now. Just to my luck, they'll be joining the stacked lineup at CRSSD.

Just lately the boys joined Scissor and Thread, a boutique label known to produce some sleeper acts. I fell in love after hearing their hit "Talk", which I've left here for you just below:

I don't know if this is the act I'm most excited for, or if I'm just giddy on the latest Wax Motif releases… He's fresh off of a new EP called True Joy, and I think this style is perfect for CRSSD. It's dance heavy, but extra dirty. It will most definitely be a high energy show for the weekend, one you don't want to miss if you're aiming for something a bit more grungy.

Australian born LA native David Chien is looking for a good time when he travels a few hours south to my city. Don't miss him playing out his new EP and some of my favorite remixes, such as his edit of Kid Ink and Dej Loaf's "Be Real":

Legendary Norwegian DJ/producer/songwriter Todd Terje is jumping into the San Diego mix this October, something quite respectable for the newly formed festival. He's been reigned as one of the top performers internationally, spanning from festivals in Barcelona to pages in Rolling Stone. I grew on to Todd when he released the mega hit "Inspector Norse" in 2002, and have been kind of immortalizing him ever since. He's like a ghost, or a myth, with tremendous musical talent. Hopefully we will get to see his brother Olaf join on drums for this one. Check out one of my favorites from him, "Alfonso Muskedunder":

I hope to see all of our readers in the greater San Diego area at CRSSD, and if you feel like you're lost on the event, check out this free download of their favorite tracks and other goodies. Also, take a gander at the full lineup below, and look out for my recap on the event shortly after we go and dance our faces off. 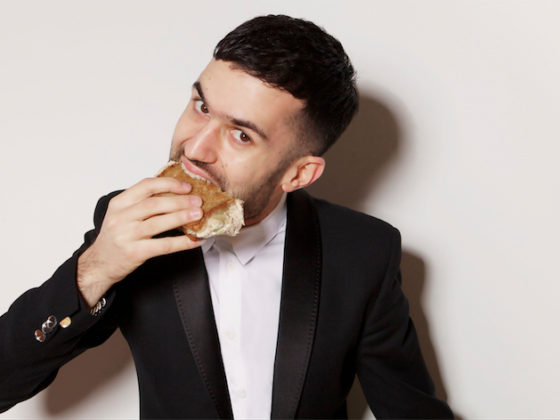 ZHU, A-Trak and Keznamdi team up on collaboration for the ages