Few would argue against The Police being considered one of the greatest rock bands of all time, and even less would argue “Roxanne” as being one of their best songs. Between their laidback reggae tinge, genius songwriting, and Sting’s steamy vocals, The Police generally wind up being a good go-to band for summer. Sadly though, Sting wasn’t writing songs to be heard in the club 30 or 40 years down the road. Some might see it as ambitious to revamp such a notable track like “Roxanne,” but luckily Brooklyn-based producers AKKI and ZEV decided to take on this classic. The end result is perfect for those late night summer parties.

Even though the music is entirely different, the fact that Sting’s vocals are essentially untouched is much appreciated. AKKI and ZEV perfectly complement his voice with this deep undulating nu-disco/house backdrop. It’s one of the better old-meets-new mixes that I’ve heard. My only complaint is that they didn’t draw it out longer, but I kind of feel the same way about the original. 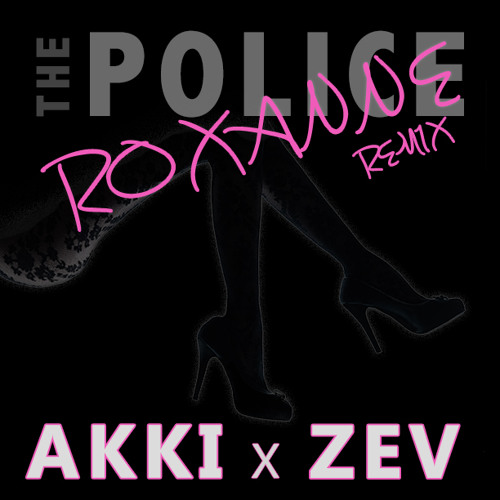