What do Capitol Cities, RAC and the DJ Franco V led remix-collective Night Time Friends have in common? Well, the co-frontman of Capitol Cities Ryan Merchant and trumpeter Spencer Ludwig came together to form a side project entitled HISTORY. For their debut self-titled single they brought RAC into the mix as a co-producer. Having released the song last month, we now treat you to a remix from New York City based Night Time Friends.

Just like the original, the Night Time Friends remix of "History" begins with a bang, where the ladder is led by descending synth spikes. Immediately catchy, the remix expands on its source material with bold electronic builds and chunky sub-bass backings. While the high stakes chorus is led by loud piercing synths, they set up the easy going vocals that make up the song's focus. As a whole the remix will be remembered as a bold interpretation of the original.

We also recommend listening to the original HISTORY version of the song. Keep in mind how the groove-filled beats and laid-back vocals scream accessibility.

Keep an eye our for more from HISTORY, who have nailed it with their debut. 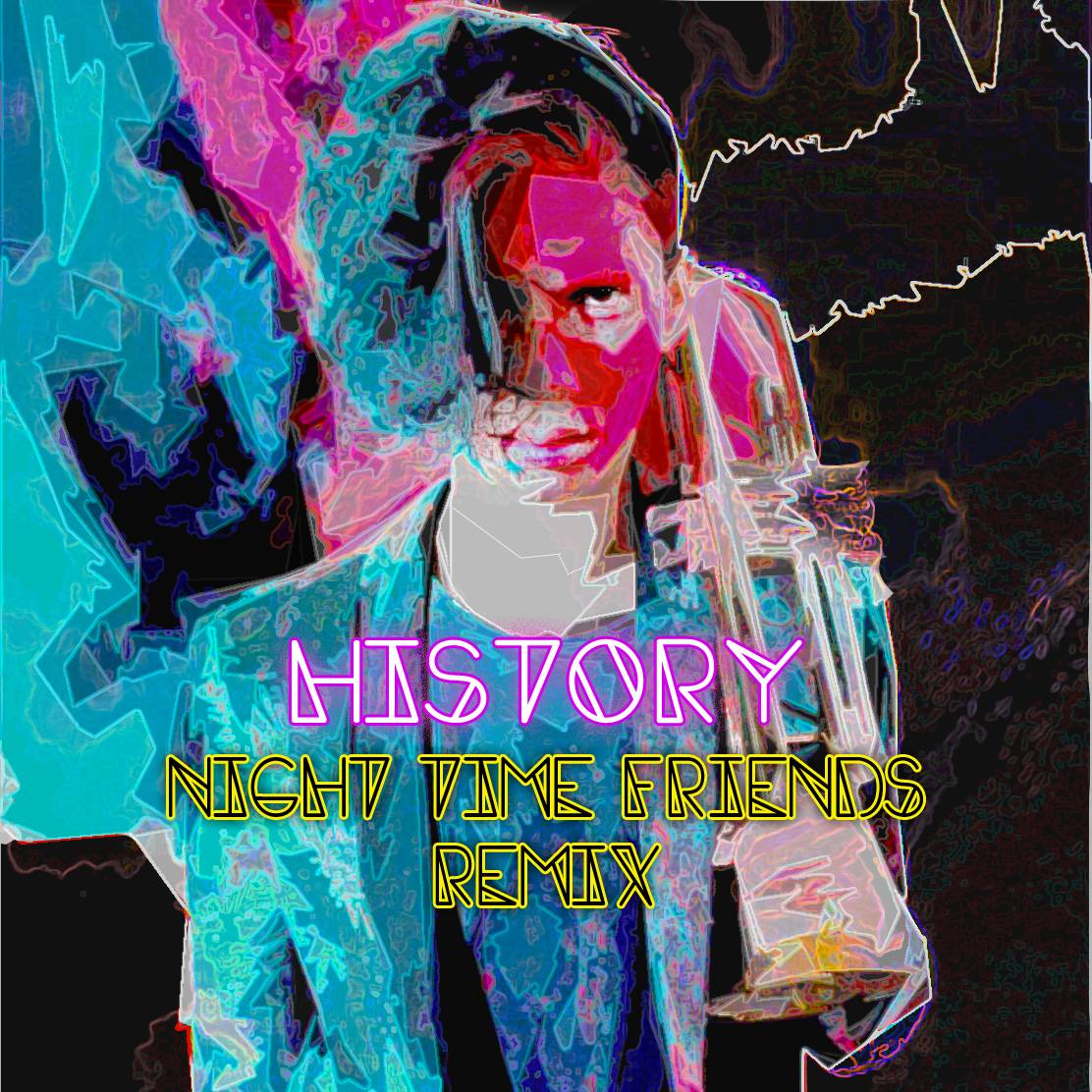