Call them a band or call them producers or DJs: no matter how you spin it, we've grown to expect a lot from Digitalism. The German duo made up of Jens Moelle and Ismail Tuefekci's meeting in an underground record store in Hamburg could have been a sign for the group's decade-long tenure, and their studio build in a WWII bunker an indication of their rock and electro-fused music. Over time we've seen them go from melancholy to a range in emotional music offerings, and from reputable DJs to remixers in demand with a tight following for their originals. This winter, we have been introduced to their next original in the form of an EP. Featuring remixes from CaPa, Traumer and Funkagenda, "Second Chance" is posing itself to be apropos for a variety of listeners: the Digitalism fan, the house enthusiast, the prog head. Today we add to that list with a remix from David Vrong, emulating the trend in underground amped up nu disco. Check out the remix below as well as our interview with the guys on everything from state of electronic music to making music together.

EARMILK: You guys met in a record store – did you ever envision making music together?

Digitalism: Not when we met — the whole thing was a natural process without a master plan. We spent a lot of time in the shop, sometimes working and sometimes just because we couldn’t resist going anyway. It was a proper hangout there. We’d be browsing music and discussing 12”s or practicing on the MK2s and then we ended up DJing at clubs and parties together. After a while we felt like we didn’t only want to play other people’s tracks but also bring our own things to the table, so we introduced our first own material to the sets.

EM: How did you decide to start a band?

D: We never decided to, we basically found ourselves being in that position. We just started all this to make our own music. But then after our first records got released and we heard ourselves on the radio, we had to take a very deep breath. It felt real good though.

EM: What was it about electronic music that drew you both to it? Who were your influences at the time?

D: The first time we got in touch with it was by listening to a local radio show in the 1990s that played the week’s biggest house and dance 12”s. We used to tape all of it. The guy who did the show is a renown music journalist who’s now more into the local hip hop scene. We think he’s a proper legend. Through him we understood the formula and aesthetics behind club music — which was something completely different to what you’d usually listen to on the radio when you’re 13 years old. It was a small insight into nightlife and club culture as kids. Some years later (around 2000) when we were older, we could finally join in and drop house and techno records too. That’s when we started hanging out and working in the record shop. It was specialized on house, garage and techno 12”, and we were so into all this that we kind of absorbed and sucked up everything we could.

EM: Do you think growing up in Germany has influenced your career (or your music)?

D: You couldn’t avoid trance music growing up here. There’s certainly some of those elements in our music — all the big riffs. And then Hamburg, where we’re from, has had an influence too, from being a very green city with lots of water and a huge seaport to hosting the timeless DIY bunker that is our studio.

EM: How would you describe how your music has changed over the years?

D: It all started out very DIY. Imagine you don’t know how to do something, but you find your own weird and unconventional ways to accomplish it. We still love that. We have grown (up a little) and learned more about what we’re doing, but somehow it’s more of an “acknowledgement” than actually using that. It’s cool to do things unconventionally. It spawns creativity along the process of creating something.

EM: A lot has changed in the industry since you started – what's your take on the current state of electronic music?

D: It’s got totally ubiquitous. But it’s the same with everything in our lives — technology and electronics have taken over. The industry? It’s hard to distinguish between industry and artists nowadays. Those lines became very blurry. Everyone’s joining the circuit with things. Everyone is everything.

EM: What do you enjoy most about what you do?

D: Watching people being touched by our music.

EM: What do you dislike the most about what you do?

D: Being categorized. We know physicists say the world is ruled on quanta, there’s either this or that and nothing in between. Like bits of 1s and 0s. But we think that only applies to particles (or computer lingo…)— not music. We like to stress that there’s huge nuances in the musical spectrum.

EM: What's in your music library now? Anything we would be surprised to hear?

EM: Did you record "Second Chance" in the infamous WWII bunker you are known to record in?

D: That’s where we finished it! This song is actually a truly global thing. It started off in a studio in Hollywood, then we took it to Hamburg and London, just to record the last vocals in LA and via live conference in New York. And then it all ended in Hamburg… “Second Chance” has had its journey around the world. But it’s good to have it “back home” at the end. It puts things into perspective.

EM: What was your inspiration behind this record? What do you hope people get from it?

D: It’s quite a cheeky one. It tells you to go on and try again. There’s a bit of sadness in it, because you’re not quite where you want to be — yet. But then you get all euphoric about giving it another try. We hope people can draw energy from this. 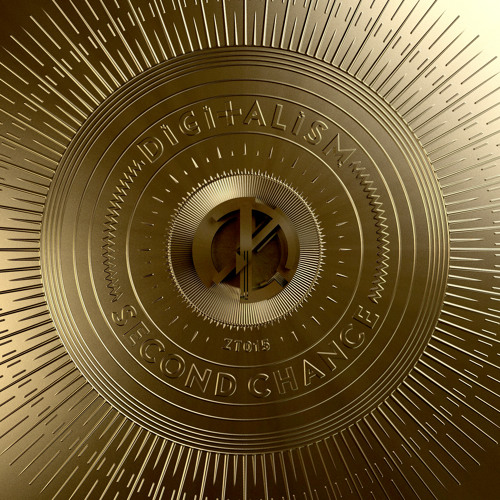