Get acquainted with Arias, one half of the artists behind "Foot Steps"

Last week, we had the chance to officially premiere a track featuring French artists Greg Cerrone and Arias entitled "Footsteps." An uplifting, melodic progressive club track, it showcases the veteran and the newcomer's natural ability to create an anthemic track.

We got to sit down with half of the party responsible for the music, Arias. We've been watching Arias since his debut classically progressive track "Andromeda." Since "Footsteps" took him in a bit of a more fun direction, we decided to chat with him about his experiences and inspirations.

Arias: My father was a big fan of music and had a great collection of vinyls. From funk to disco to new wave, I was surrounded by great music since the first days of my life!

EARMILK: How did you know that you wanted to make it your career? When did you decide that?

Arias: I was 15 when a friend of mine gave me EJAY, so I started having fun with it and I got into it very quickly. Later I installed FL Studio (version 3 at the time) and I started doing this more seriously.

I never decided to make it a career but things in life pushed me more into it, and since then i didn't stopped, and maybe I will never stop.

EARMILK: Who inspired you the most growing up - musically and in life?

Arias: I grew up with Jean Michel Jarre, Gold (amazing french band), TOTO, Queen, Supertramp and all the music from late 80's & 90's Tv Shows which was mostly New Wave.

What inspires me in life is movies, the universe, nature and finally SUSHI!

EARMILK: What is one of your favorite artists of the moment?

Arias: Arno Cost who has really different and cool vision of progressive and electro house music!

EARMILK: Is there a song or album that got you into dance music?

Arias: Daft Punk's "Homework & Discovery" (probably the same for a lot of us).

EARMILK: How did you get linked up with Greg Cerrone?

Arias: We met several years ago in Paris and became friends.

EARMILK: Tell us a little about making "Footsteps."

Arias: We started it last summer. For a long time we wanted to make a track together, so I sent him some melodies and he liked the one on "Footsteps." We worked thru Skype (technology is beautiful) and we finished it in January of this year. For me it was the first time that I worked like this and it was a great experience.

EARMILK: How do you look to make an impact in dance music?

Arias: I'll try to remain as authentic as possible and by doing that I'll make sure to be creative. I may be wrong but I still think that music speaks louder than all the business around it. 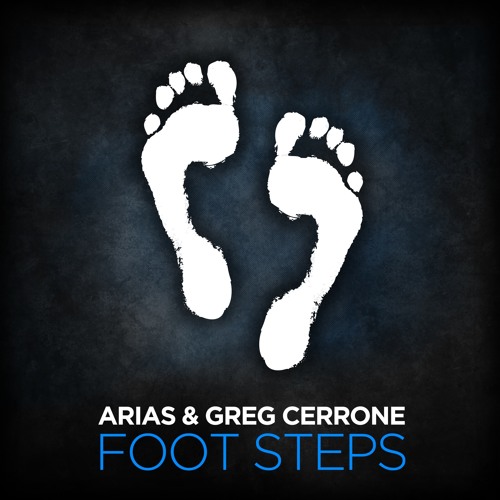