Virginia artist/producer Joel Burleson aka Ki:Theory is slaying 2014 so far. His riveting electronic-rock single "Stand By Me" climbed charts after being featured in FOX serial killer thriller The Following, and it's now the trailer soundtrack for the late Paul Walker's new action film Brick Mansions. Tomorrow he drops KITTY HAWK Deluxe, the dual-disc deluxe version of the "Stand By Me"-harboring album. The deluxe version will include a second disc featuring six unreleased tunes and remixes by UNKLE, ODESZA, Fink, Cubicolor and Break Science. Following the release, he'll be embarking on an east coast tour this June. To ready us for the double-disc release, he enlisted remix pros ODESZA to tackle his massive, anthemic "Open Wound".

The original record is the kind of stadium-ready track that ushered Las Vegas band Imagine Dragons into the mainstream and Billboard charts last year, which is a good indicator of exactly where the Richmond native is capable of going. "Open Wound" was already backed by booming, majestic production, but ODESZA strip away some of the original layers to give it a tribal feel complete with varying percussion and infectious, stuttering kicks. They layer some of his vocal chops, and the result is truly something epic. Beautiful and orchestral at one point, the "Open Wound" remix is hard-hitting and forceful the next, exactly what you'd expect from the Seattle duo. "Stand By Me" may already have a Hollywood film spotlight, but ODESZA makes a suitable rival in "Open Wound"; it's easily an instrumental rework you could hear in a future movie trailer.

Ki:Theory and his band kick off their tour in Charlottesville, VA on June 18. Check the tour dates below: 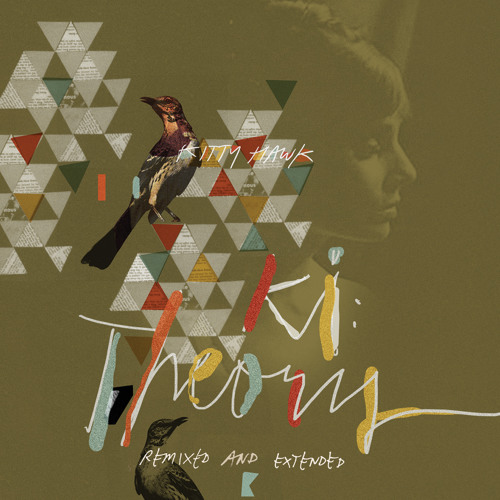