After his well-received debut full-length on Gomma Records, Portuguese producer Moullinex teams up with Kraak & Smaak, RAC, and Zimmer to amp up the disco on "To Be Clear," the third single from Flora. The original mix weaves pop sensibilities into glittering synths, tropical percussion, and a light bounce that screams summer fun. Singer Iwona Skwarek tops off the mix with her sultry vocals. If her voice sounds familiar, you may recognize her from Moullinex’s album, or perhaps as half of the Polish electronic pop duo Rebeka.

Going for a deeper approach, electronic funk trio Kraak & Smaak takes the mood down and delivers a house mix with a solid groove at its core. The Dutch trio has such an eclectic sound, but can do no wrong. Also well-received, their fourth album Chrome Waves was released last year.

Luis Clara Gomez, our man Moullinex, is releasing the To Be Clear EP via his imprint Discotexas which he founded with producer Xinobi. It comes along with RAC's upbeat electro pop remix and full horizontal disco vibes from Zimmer's remix. In addition to its digital release, the To Be Clear EP will be pressed on white vinyl for a limited 200 copy release.  Preorder from the Discotexas store! 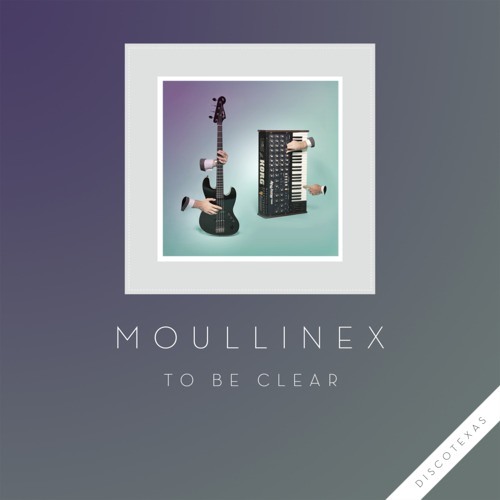 To Be Clear EP