7 years ago by Ivan Zuniga

Back with another release, LifeLike, the reputable Frenchman Laurent Heinrich delivers some smooth disco that we all enjoy to hear on the dance floors. Part of the French electronic movement, his work as a music producer, DJ, and remixer has given him the chance to work with well known artists, like Kris Menace, as well as remixing tracks for Chromeo and The Presets. Released through his own label, Computer Science, his EP reworks the sounds of 80's French house music.

“Night Patrol” is the first track from the EP, setting off the vibe with its distinct melodic bass lines with a hint of retro beats that produce a funky sound. Including the radio edit, a bit shorter than the original mix but nonetheless capturing the atmospheric sounds and synths of the track. "City Lights" changes up the pace of the EP, as the track  embodies the sounds of Lifelike as he uses his recognizable soothing disco sounds that compliment the vocal samples. Heinrich's work as a producer for this EP just comes to show you how his creativity behind these tracks can create a spectacular arpeggio of sounds. 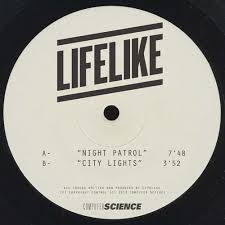