The Prodigy, one of the most well-known breakbeat groups of the 90s, transformed the genre of big beat acid house and jungle alongside the likes of Fatboy Slim and The Chemical Brothers. The grungy punk-style synths and fast-paced breaks exploded across the UK club scene following the acid house sound of the previous decade, and The Prodigy were at the heart of it all. Today, their name is universally recognized by modern producers and music-lovers alike. You'd be hard pressed to find somebody who hasn't heard at least one of their tunes, either in its entirety or sampled.

Today, The Prodigy are still producing new albums and touring the world. We had the fortune of sitting down with their long-time MC, Maxim. Joining the group for their first ever live show, Maxim has been a staple of the band since day one. He provided the hype and soul necessary to diversify a heavy break beat group in a decade where DJs dominated the sound. Due to the popularity and heavy touring of the band, Maxim had little time for solo projects. Though still quite popular, they have since slowed down, subsequently affording Maxim more time for other ventures. His love of music and performance was the driving factor behind formulating his latest venture, DJ Maxim. We met up with him before his set at HARD Day of the Dead to discuss his start as an MC working in a carpet shop, the touring life of The Prodigy, and the artists we should be keeping our eye on.

EM: When did you fly in?

EM: You've been here a bunch of times, though.

DM: Not DJing. Touring with the band, but not DJing.

EM: How is it different now? Being on your own?

DM: I mean, I'm on my own. It's not tougher, but it's just a different challenge. EM: You've said before that you were looking forward to the independence of doing your own thing. Is it what you thought it would be?

DM: It is. The thing is, I'm not as big of a DJ as my role in Prodigy was. I’m just a small DJ; I make songs and play any gigs I can get.

EM: Where do you see the future of what you’re doing going?

DM: Just touring, man. Just playing music I’m into, touring across America. I play trap and a bit of dubstep and I write some of my own music in there as well. The sound isn't European based. The trap and dubstep scenes have taken off in the UK but not as much as it has here in the US. Here is the place where I really need to play.

EM: When did you start DJing on your own.

DM: First time I DJed was about six years ago, but I didn’t enjoy it so I stopped. Then when the trap scene began to evolve I heard a couple of tunes and I’ve been doing it for a year, year and a half.

EM: What do you miss most about the intense touring of The Prodigy?

DM: Those days aren’t gone, they’re still touring. The best part is the companionship and camaraderie. You’re a unit, a gang on the road. You’re family on the road. It’s exciting, you go to different places, you go to dinner, cool spots, you go shopping.

EM: Of all the places you've been, all the food you've eaten across the world, can you recall the best dinner you had while touring?

DM: Don’t know, man. We love sushi restaurants. We could probably do a book on it from all the amazing places we've been to. First time we had sushi was in ’92. I remember it was in Florida and I thought, “What is this?” We didn’t understand what it was, but we loved it.

EM: You guys have been active since the 90s. How do you attribute the continual success of the band over the past twenty years?

DM: You realize it’s a balance. You can easily burn yourself out, ya know? You’ve got to balance everything. Exercise, good eating. If you just do one thing excessively you’re fucked, you can’t carry on. When you tour continuously, sometimes you get pissed off. You get bored and fed up with seeing each other so much.

EM: Did that ever happen?

DM: There was a stage where things got like that, probably about eight years ago. We realized that its all about balance. We've all got families. It’s about being home for just the right amount of time until you want to be back on the road, and the right amount of time being on the road until you want to be back home. That's the balance, that's what keeps us going. Like right now I can’t wait to see my kids, wife, friends. I've got two/three shows in a row, then I'm home for two weeks with my kids and wife.

EM: Have your kids been to any of your shows?

EM: What do they think of it?

DM: They like it, you know, but they're young and don't really understand it yet. They see me on TV and realize it's me, but they're a bit blasé about it haha. EM: When you were younger, what was the turning point that made music a full-time investment for you?

EM: That's the kind of foreshadowing that makes dreams come true. The shit-talking of an authority figure challenging your goals.

EM: You wanted it from the start?

DM: I envision the way I want to be. I obviously didn't know I was going to be a part of The Prodigy, or how big we would get, but I had an appreciation for being an MC and a vocalist. Performance, that’s what I wanted to do.

EM: When did you quit your carpet job?

DM: You know what it was? I left home and I moved to London. I traveled around for years. I went to Italy, Spain, North Africa. I was just traveling around Europe backpacking. When I got back, I joined the band. It just worked out.

EM: How has your MCing progressed since you first started?

DM: My style has changed so much since day one. When I was a younger MC, I would be constantly writing lyrics, writing writing writing. My brother (MC Hitman) was into the Peterborough Reggae Soundsystem scene, so I used to MC a lot with them. Each weekend you had to perform new lyrics; you couldn't go up there with the same lyrics you had last week. You had to be on your game. But I don't do that anymore. The whole performance of the band has totally changed, you know what I mean? It's not an MC on the stage just rambling. Dance music isn’t like the hip-hop scene, it's a bit of both space and lyrics. You have lyrics, but people like to just dance to music. I’ve tailored my style towards that.

EM: Who have you listened to lately that we should be on the lookout for?

EM: She big in the UK scene?

DM: She’s coming up out here in the US. The UK is a funny scene. There's so much talent so it's difficult to break out as an artist. Hopefully I can bring her over here and spread the word!

EM: Thanks man! Good luck with your set today, looking forward to it. 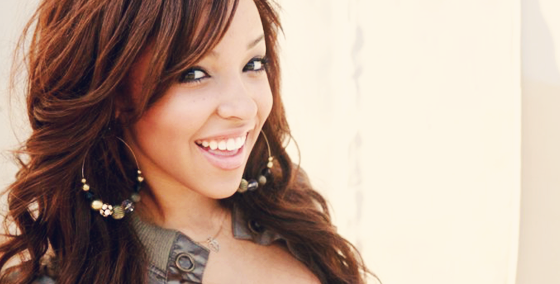