It seems like Future has been in the spotlight for every reason under the sun except for producing new music these days. Choice words got him kicked off tour with Drake. Then he was suddenly back on tour with Drake the next day. His album was pushed back from its original November 26th release date. A few weeks later he was engaged to girlfriend and R&B sensation Ciara. But still, after all of that, no new single. Well, after a long delay, the time has finally come.

Future's new single, entitled "Real and True", is a power ballad that doubles as a duet. The song features previous collaborator Miley Cyrus (the two worked together in conjunction with Mike Will Made it on Cyrus' latest album, Bangerz) and former GOOD Music affiliate Mr. Hudson, and it is produced by the aforementioned Mike Will. The song seems to serve as a testament to turning in the player lifestyle for commitment, a message inspired perhaps by the artist's pending nuptials. Future Hendrix isn't exactly vulnerable here, but he addresses monogamy with maturity, writing from the perspective of a fan presenting him with hackneyed rap cliches on relationships before cosigning his decison: "Hol' on, hol' on, hol' up Future, what the fuck you doin'? / You could annihilate way more chicks than the chick you screwin' / You on top of your game homie, man you a star / You got real bitches, they love that nigga that you are" … "You mad ill, I knew you'd be the one to keep it real / And I can't even lie dog when I see ya'll it give me chills / And Ima stand behind ya'll because I know the way you live". Mr. Hudson and Miley croon together, echoing Future's sentiments, and the whole thing is rather beautiful in a gangsta type of way.

There aren't many artists like Future (sorry Rich Homie Quan), and this record further pushes him into a realm of genre ambiguity. In a good way, though. You decide for yourself what to classify him. Stream Future's "Real and True" below, and be on the lookout for his sophomore album, Honest, due out either late this year or first quarter next year. 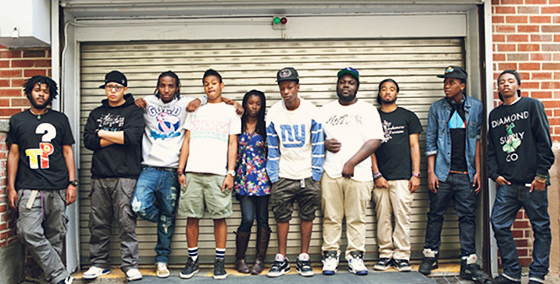