Paris producer Monsieur Adi is giving us another reason to believe the fire is still burning after his successful run this past month. His killer new remix of Tegan and Sara's "I Was a Fool" is currently topping 100,000 plays, while his newly released music video for his single “What’s Going On” featuring A*M*E hits the web today.

To add to the mix, he is now throwing a Two Door Cinema Club remix into the ring. Perfectly arranging a fresh and funky bass line to their new song "Changing of the Seasons", Monsieur maintains most of TDCC's trademark instrumentation and adds in his own personal two-step flavor to evoke feelings of euphoria.

The edit is so good that TDCC decided to feature it on their Changing of the Seasons EP, which they released a few days ago and which features two additional songs, “Crystal” and “Golden Veins”. If that doesn't put a cherry on top of his week, then I don't know what will. Look for more Monsieur Adi releases through Karma Artists in the future, and make sure you check out his Soundcloud page. 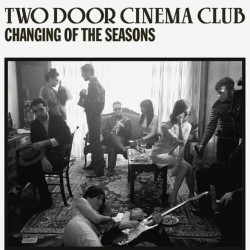