Celebrating their 10th Year Anniversary, Seattle’s Decibel Festival proved to be a great opportunity for me to visit and party in one of my long bucket-listed cities here in the states. Going from September 25th til the 29th, I too celebrated my own anniversary of existence at the very end of it! And after some (much needed) recharging and reflecting, I’ll share with you some recaps of the five day extravaganza.

To start, landing in the midst of a fresh and sunny Seattle streak helped awaken my senses after a packed flight from Los Angeles. With its many trees, lakes, and smiling faces, the quaint outskirts of Seattle welcomed all the traveling festivalgoers with a breath of fresh air. Yet, it wasn’t until I emerged from the Downtown Link-Rail that I began to understand how this 120 hour dance marathon would take place in such a seemingly pleasant place. The city itself has a special branding to it that embodies a toughness and well-paced feel to it. A blend between Chicago and Brussels is the best way I could possibly describe it (from cities I’ve visited), but before I sidetrack any further on Seattle’s highlights, let’s get to a handful of moments that made dB a fine experience.

The Teachings of Chris Petti

For all those who not only flocked to the festival because they love listening to music, but also enjoy spinning/ creating tracks, there were a number of conferences for DJ’s and producers all throughout the week. My favorite one had to be Dubspot’s analog conference with Chris Petti. Displaying the Korg MS-20 Mini along with the Moog Sub Phatty, the meeting touched up on the long disputed “analog vs digital” topic. After explaining the pros and cons of both analog gear and digital software, the presentation brought everyone to the edge of their seats as Petti demonstrated the endless possibilities both the analog gear and a competent programing software (in this case, Ableton 9) could foster when coexisting. The Moog Sub Phatty even had me intrigued, and then I looked up the price (… excuse me while I curl up and cry myself to sleep).

As night one of dB crept up, I could hardly contain my excitement, and that was largely due to the Like Klockwork showcase at Q Nightclub that offered the opening bill. Notably the more “posh” venue at the festival, that surely didn’t stop anyone from getting their shoes dirty once the night started. With Light Year on warm-up duties, the club had a good vibe going early on. Naturally, the club got significantly crowded once it was time for Ben Klock to unwind his 3 and a half hour marathon set. With a great selection of tracks that even included selected vinyl, there was a radiation across the room that sparked from the mist of warm and hypnotic sounds cleanly mixed by the man of the hour. I can't even begin to tell you the number of times I noticed the security crew and bartenders dancing with no restraint. For those of you who missed it, the folks at BE-AT.TV recorded his entire set for all to enjoy. Take a listen here.

Okay, so I lied. No green crocodiles here, but the rest remains. Much to my surprise the Resident Advisor showcase at The Crocodile was one of my festival favorites. And while I didn’t get to catch Actress, the performances I did see were enough to solidify my picks (inclusive of both Natasha Kmeto and Lapalux). I will admit that prior to the event I had never even heard of Ghost Feet, but what they brought to dB sure left one hell of a first impression. Somewhere during my fourth Granny Smith beer on tap (tasteful, by the way) and the middle of their set, I wasn’t sure if feeling mesmerized was a product fabricated by the beer I was drinking, the visuals being engineered, or Ghost Feet’s creative use of live instruments. It could well be a mix of all three, but that doesn’t take away from the point being that their performance was very moving. You could just feel their excitement of being on stage, and that's something to appreciate.

After-hours with J-J-J-Jimmy and the JETS

Catch the reference? Anyway, I knew if I was ever going to make it out alive during the after-hours I either had to refuel on energy drinks throughout the night or simply get the night going with performers who specialize in keeping the crowd alive; and so I started Thursday’s after-hours with Jimmy Edgar. Originally set to play at 4 a.m., but later bumped up to 2 a.m. due to some flight delays with DJ Funk, the switch-off wasn’t a discrepancy at all. Full of 80’s warehouse dance sounds, mixed with the contagious J. Edgar swagger we’ve all come to love, the crowd was electrified from beginning to end. After an hour and a half, the morph into JETS came together as Travis Stewart (the other half of JETS) came in to quickly set up and get the LIVE performance started. Heavy and on totally on point with what the crowd wanted, the Neumos venue certainly took-off once JETS began.

After four days of crazy dance hours, lack of sleep, and running around the city, my body was definitely tired, sore, and depleted by Sunday. Considering it was my birthday and the Decibel Finale, I didn’t let that keep me in from the concluding festivities that seemed promising. After taking a significant break in the day to recover (I’m sure everyone needed it), and having a nice sushi dinner at a fantastic Japanese restaurant, I was feeling up for one-last-run with KiNK’s LIVE set. After witnessing his live performance at Tivoli in Utrecht, Netherlands last August I knew there would be no missing such a fun and shared experience between performer and crowd here at Decibel. With an early set at 10:30pm, his set warmed up everyone quickly and had both the top and lower decks rocking with him. With an entire set-up full of multiple drum pads, synthesizers, and other fun motion-censored devices that threw wild pitches with every increment of tilting, KiNK's evident love for performing brought a smile to everyone in the room watching. Completely taking over the dB Finale: From Disco to Disco showcase, he sure was the icing on the cake to an unforgettable festival run. 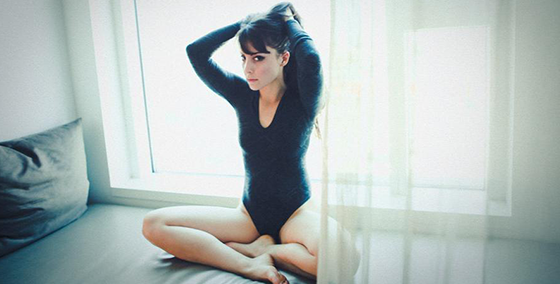