When thinking of Dutch electronic artists, many of us in the dance community first flash to hard-hitting progressive house acts, like those of Hardwell or Nicky Romero. But pigeonholing gets us nowhere, and the varied landscape intrinsic to electronic music makes it all the more enjoyable.  Eelke Kleijn proves this point, a Dutch artist whose decade-long experience in the business has seen his tracks float along the lines of deep house, techno, and traditional progressive. His resume spans prominent labels like Spinnin' and Ultra, travels down into the underground with Sudbeat, culminating in his own imprint, Outside The Box.

After recent success with his bootleg of Arcade Fire's "Reflektor", Kleijn returns with the full version of the track "Kneiter". Previewed a few weeks ago, the song will appear on Solee's Re:Cognition Vol. 6 compilation (out on Friday) that features over 21 tracks from artists all over the world. Listen to "Kneiter" in its entirety below, a smooth, progressive track that surprises you with broad metallic chords and unique soundbites from start to finish. 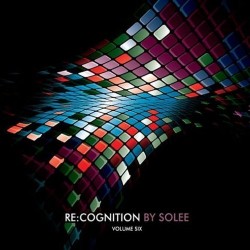