Hatian progressive club producer Michael Brun celebrates a major accomplishment today: the release of his first EP. Not only that, but the 3-track release entitled Gravity is out on one of the most prestigious dance labels out there: Phazing Records. Brun discusses below his career and the humbling moments of realizing his music was being sought after by someone as big as Dirty South. Take a listen to the Gravity below, out today on Beatport.

Earmilk: How does the music you grew up with from your parents heritage influence your outlook on your own production?

Michael Brun: My parents had pretty eclectic tastes in music and listened to everything from The Beatles to Earth Wind and Fire to Tears for Fears. I loved all the same music and especially admired unique chord progressions, so I guess the reason I put so much focus on melody in my own productions is because of that.

EM: How did you end up moving from Haiti? What was that transition like?

MB: I went to Culver Military Academy in Indiana when I was 16 and it was really different from what I had grown up with in Haiti. It was tough at first to get used to the whole schedule but in the end I learned about independence, organization and staying focused, and ended up using those skills on my production work.

EM: Have you been back to Haiti since?

MB: Yes i was actually back there in May to visit family. I try to go back twice a year. Family has always been important to me and I love being home.

EM: When did your interest in electronic music really get sparked? How did you know that it was what you wanted to pursue?

MB: I was in middle school when I first heard about electronic music. I thought it was so fresh compared to the pop tracks at the time and I started trying to produce within a year.  I've been making music for almost 6 years now but it was sometime during my sophomore year in college that I decided I wanted to try it full time. I was a Bio major and pre-med at Davidson College so it was a big switch from what I was doing, but thankfully the school and my parents were very supportive of the decision.

EM: How did you get into contact with Phazing Records? What are you most excited about on this EP? Anything special we can look forward to?

MB: Phazing contacted me early last year about potentially signing a track. I actually thought it was a fake email so I disregarded it, but then I got a followup message from Dirty South himself and realized it was the real deal haha. I guess I'm most excited to just finally have the EP released. I've been working on the tracks for months now getting them as polished as possible and I'm really happy with the result.  "Halfway" features the amazing voice of Zashanell and is also my first vocal original release. "Gravity" is a darker progressive track in the vein of "Rift" and "Antares" is a big pumping club track. I also have a few cool ideas planned for the EP that I'm excited to reveal. 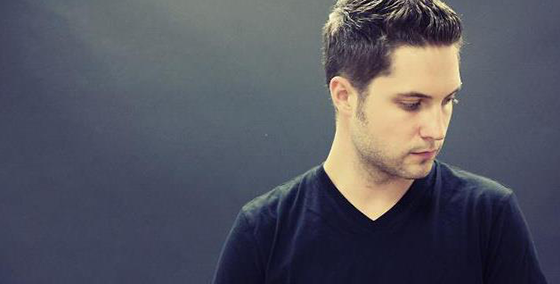