Armeria - "Not The Same" [Premiere]

Leeds-based Armeria may not be a name you are familiar with yet, but the young producer is sitting pretty at the forefront of a new wave of house music coming from across the pond. In collaboration with Toyboy & Robin’s Cool Kid Music imprint, Armeria will debut his first official EP Not The Same/ Everyday on September 23rd.

With an undeniable R & B flavor “Not The Same” is a cool synthesis of warm keys, twinkling melodies, reverb laced vocal lines, and an undulating organ synth that soothes you to the core. Like fellow UK producers such as Bondax and Karma Kid, Armeria is giving birth to a seductive new genre, all laced in future garage bass beats. Paying homage to house music’s stately spirit, the enigmatic young house producer is giving the current musical landscape a deeper idea of what it truly means to be future classic. 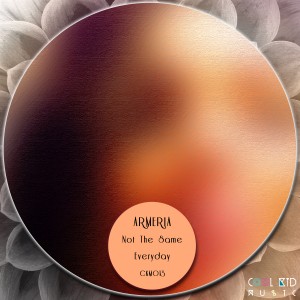