Hailing from Girona, Spain, Dosem's rise as a DJ/producer began around 2008, when he was signed to Technasia's label Sino. Since then, he's toured the world and seen support from big names like Sasha, John Digweed, and Carl Cox, released on Bedrock and Tronic, and been tapped for remixes by scene darlings like Max Cooper and Henry Saiz.

Read on for our Q&A with Marc Dosem about his origins, influences, and favorite places to play.

EARMILK: Can you talk a bit about what you were thinking when you made the mix?

Marc Dosem: When I play, I just try to focus on the music I like at the moment and create a sound journey that melds dance and substance.

EM: How did you first become interested in dance music?

MD: When I was a child, Vangelis soundtracks influenced me a lot, especially Blade Runner. I was fascinated by all these electronic sounds. After growing up, I got in touch with big beat/trance music from Orbital, The Chemical Brothers, and Underworld. The dance music of the 90s was crucial for me to start producing my own music.

EM: When did you start producing music of your own?

MD: I got an Atari ST when I was 8 years old… a software named Tracker. After that, I studied music and got in touch with Propellerhead's Rebirth in my college years. I realized that I had a way to create all these sounds I heard in the club, but taking them to another level, more personal. I mixed my all my influences at that time and started to produce my own tracks and play them in local clubs and events.

EM: When you're producing music, is the dance floor at the front of your mind?

MD: Not always, sometimes I just write ideas and then I decide which alias I want to use for it… I created the "Dosem" project to produce my version of the dance floor music I would like to dance in a club, and "Sendo" (my other alias) for ambient/dub music. Depending on the mood of the idea, I go for one project or another.

EM: Can you tell us a bit about your latest release on Halocyan Records?

MD: Halocyan is a very open-minded label and that is one of the aspects that I liked most when they asked me to produce my EP. The names you can find in the label are all of a very different genre/style profile, so I tried to produce something that identified me in particular. Both tracks express somehow the music I like to do: energetic, futuristic and atmospheric.

EM: How do you prepare for your DJ sets?

MD: I don't prepare my DJ sets much, I just put all the music I like at the moment in a folder, and then I perform following the vibe of the night. I use Pioneer Recordbox to prepare that folder, so I can organize all the music and then it's really easy for me to move from one style to other using the CDJ 2000.

MD: Really big. We have many important festivals: Sónar, Monegros… and we also have Ibiza. There are also many good producers in our country: Uner, Coyu, Edu Imbernon, Henry Saiz, Marc Marzenit, Cora Novoa… we are all friends and respect each other. I'm really proud of the Spanish scene.

EM: What are your favorite cities to play in? Where do you think the current hotbeds are for dance music?

MD: Amsterdam, London, Tokyo, Buenos Aires, Hong Kong, Barcelona, Mallorca, those are my favourite places to play. Amsterdam is becoming a big capital of electronic music in the last few years. The Amsterdam Dance Event is becoming one of the most important events from our European scene.

MD: I'm going to tour a lot this summer: Croatia, France, Japan, Spain, Tunisia, Holland, Ibiza, so I won't have much time to produce new music. My plan is to prepare new EPs for Tronic, Intec and Suara, and start with the creation of my next album.

MD: Thanks for the interview! 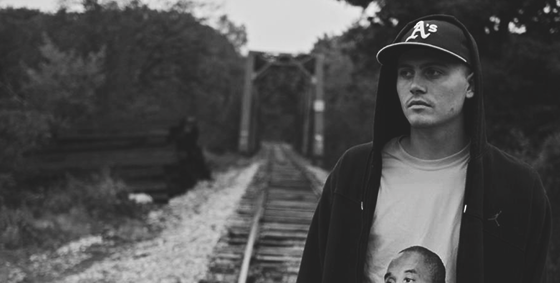