8 years ago by Nick Vukorepa

After months and months of waiting, Canada Day is finally here (but we'll talk about that another time, today's focus is on Summer Knights, the newest release from wunderkind Joey Bada$$.) On a hot summer day such as this, Knights is a cool, breezy tape that will satisfy the needs of hip hop heads old and new.  The variety of boom-bap on this tape  allows the Pro Era rapper to experiment with the different styles presented to him from producers such as Alchemist and Statik Selektah to God himself, DJ Premier, resulting in a collaborative effort that sounds like it was taken straight from the the Golden age of hip hop.

With a jazzy horn section and some catchy hi hats, the appropriately titled, "Aloha", starts off the project with a beautiful juxtaposition of tones that sets the stage for the overarching theme of the project. Following the track, "Hilary Swank", is cooler than the other side of the pillow, while "My Youth" gives off a great reggae vibe as Bada$$ flows through the track. Other notable mentions on the mixtape include the Smoke DZA collab "Death of YOLO" and the Oddisee produced "Sorry Bonita". Give this one a listen and let us know what you think. 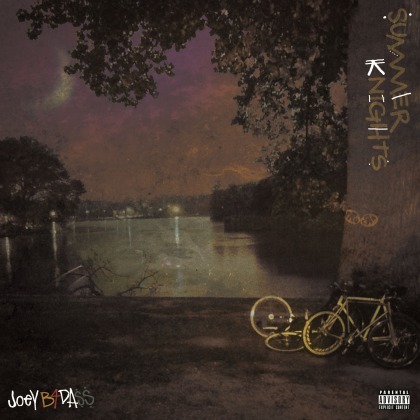