The Streets are recognised as one of the pioneering groups in the British urban music scene, with a host of successful albums and singles in the UK charts. Now the lead man, Mike Skinner, is embarking on a new project along with ex-The Music vocalist Rob Harvey, labeled The D.O.T. "Blood Sweat & Tears" is the lead single from their second LP Diary, and they enlisted the help of fellow UK group Murkage Cartel on the remix.

For those that don't know, the Murkage Cartel are a musical movement, primarily based in London and Manchester, who are making waves in the UK music scene. Their energetic live shows and bass-drenched songs have proven a hit and their club nights in both cities have been a roadblock every time. This remix was taken on by Cartel members Acropolis Sound and Klepto, and they've taken the original song back to the old garage days of the 2000s. The track starts off quiet and relaxed with bleeps and blips, then gradually builds up to the drop, which packs a punch with a bass riff on top of a shuffling drum pattern. This gives the song a completely different feel from the original and also pays homage to an era of UK music history. The remix has even had praise of Mike Skinner himself over on his official Twitter, saying that the remix was "overtly boom."

The Murkage Cartel have been working on their upcoming album, which is to be released soon. As well as being a musical collective, Murkage run hugely successful club nights in both Manchester and London (in the UK). This gives them a chance to play their own tracks alongside tracks that they love themselves, and often have their favourite DJs coming along for guest appearances. The next Murkage Club night is down at Corsica Studios in London, with appearances from Marco Del Horno, Motive (Piff Gang), and the rest of the Murkage Cartel. You can check the full line up over on Facebook and get your tickets up via Skiddle. Keep your ears and eyes locked to Earmilk for any new music coming from the Cartel. 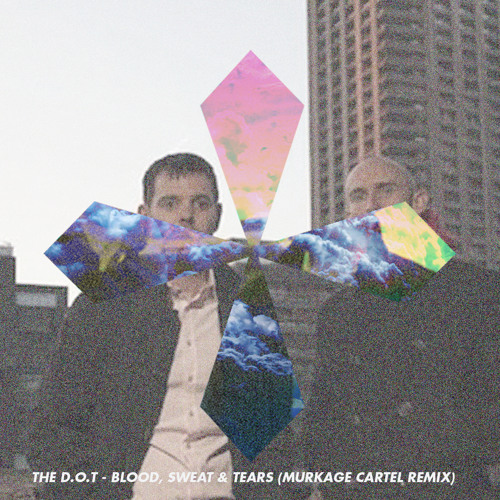