Do you recognize the title of this song? If you don't, you sure as hell will recognize the original melody. Like it or not, "Take Your Time (Do It Right)" by The SOS Band a funky dicso classic that's made it into many a family function soundtrack since its release in 1980. Now after being an influence on house revivalists in the present, the track has been remixed by one of the movement's own: Solidisco.  A power duo of the newest disco house generation, Solidisco has once more proved their remixing chops to be quite worthy by adding a crisp bassline that immediately makes this record updated and versatile. With this update, "Take Your Time (Do It Right)" is no longer a song that you'll only be hearing at your nerdy cousin's Bar Mitzvah: with Solidisco's golden touch we're sure to be hearing this at any summer party where the cool kids are. 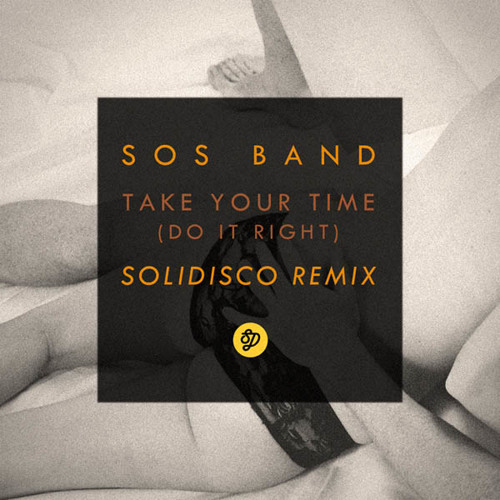 Take Your Time (Do It Right) [Solidisco Remix]

Tags:
Solidisco · Take Your Time (Do It Right) · The SOS Band
Categories:
Disco