Kendrick Lamar launches his “good kid, m.A.A.d city” tour tonight and in doing so, kicks things off properly with a head-nodding remix from the Black Hippy crew. A nice deviation from Rocko's strong arm track, "U.O.E.N.O.", the remix is flanked with TDE mainstays Ab-Soul, ScHoolboy Q, and Jay Rock and of course Lamar. It wouldn't be the first time we've seen a remix of the track--A$AP Rocky, 2 Chainz, Whiz, Future and Rick Ross took a crack at it last month--but it's nice to hear the West Coast allies all in one place.

Check out K.Dot's promo video for his summer tour, featuring the TDE crew and Mac Miller. Will you be in attendance? 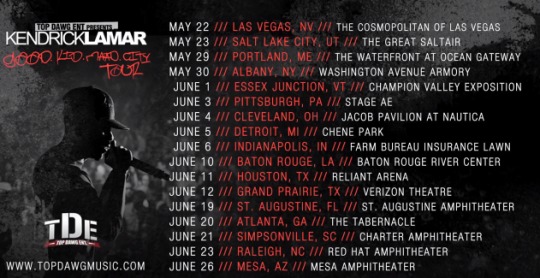