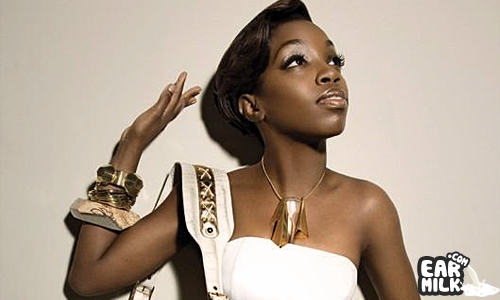 Estelle is a class act. With her swagger, strong vocals, and powerful presence, it's hard to ever ignore what she's up to. In the previously unreleased song, "Victorious," she joins forces with Common and producer-slash-Def Jam executive, No I.D., to craft what would have been an amazing track on her album. Whilst the song never made the cut, it's finally out for the world to enjoy. It's soulful, funky, and fun--just the way the British star always is.

Estelle's album, All of Me, is out now on her website, and her next show is in Chicago. Common also has some tour dates, including UCLA's famous JazzReggae Festival during Memorial Day Weekend.