It makes sense really, that our greatest annual time of music comes with our most widespread abridgement of occupations and school. We are at the precipice of one of the year's greatest times, when we can cast the dreary memories of winter behind us and embrace the colorful repose of our environment with total appreciation. Aside from its more common attractions, summer is also arguably the best time of the year for music. Festivals, slews of releases and a reliable influx of tours (propelled partly by the festival environment) will turn the sunny months to come into a persistent musical showcase.

In a way, this musical barrage has already begun, and as the content thickens New Gods band has stood out among the masses. Their visual release of the single "Skipping Stones" is just another addition in what has been a fruitful past year for them. While the video doesn't do much more than provide a simple visual asthetic for the track, it's a delightful one nonetheless. The rolling waves, beaches and glared sunlight all hint at the warmth soon to come (apologies to you Australian readers, this is a bit flip-flopped in your case).

The track, the video, and everything about this project speaks volumes to the dreamy character of New Gods. Keep an eye on them moving forward. 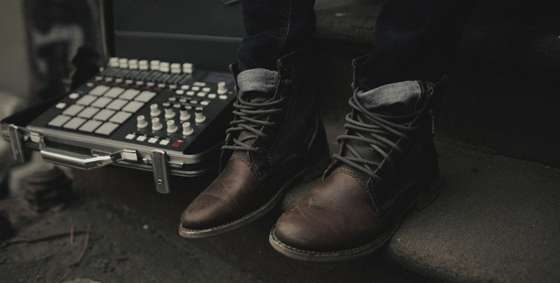