In the rising world of EDM and electronica, we've pretty much become accustomed to heavy drops, saturated bass, and face-melting synths. However, there is another side of electronic that doesn't always involve soaking your tightly fitted shirt with sweat and spilled beer. Meet Beat Connection, an electro-pop trio who released a strong debut LP The Palace Garden back in August 6, 2012. Capturing the attention from the likes of Pitchfork and climbing to the top ten ranks on Hypem, they were deemed a band that is definitely worth keeping an eye on.

Today, we bring you a fast-pass access to the fresh new remix of Beat Connection's "Saola", courtesy of the electronic pair who goes by the name Odesza. They are the union of BeachesBeaches and Catacombkid, in which both boast a similar upbeat, chillwave style. Naturally, Odesza would follow such route, but with an upgrade by weaving the characteristics together taken from their respective solo projects. Odesza released their debut album Summer's Gone on September 12, 2012. Much like Beat Connection, their debut album was praised. Odesza did the classic switch and pitch, changing up the mood and feeling of the original entirely. The original vibes out tropical sounds, though mixed with electronics. Odesza is known for their upbeat and atmospherical style of chillwave, which seems to be working wonders for them. The remixed version of "Saola" has a quickened tempo with a generous amount of Odesza-styled synths and effects.

Cop a feel below. 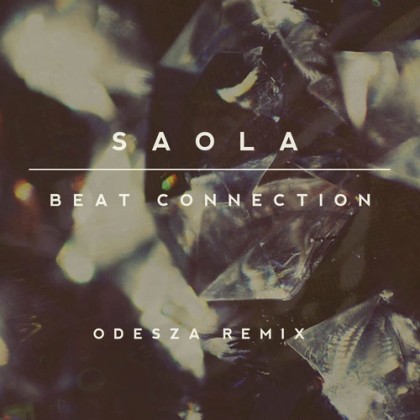