Astronautica is a budding Los Angeles based producer who utilizes rich beat textures to create creamy tracks. This 21-year old beat mistress recently signed with record label Alpha Pup Records, so you already know Astronautica is no push over. Inspired by the likes of Daedelus and Shlohmo, mellowed out beats with dashes of eclecticism is her style of choice and is working wonders for her. She is relatively new to the scene, but is already making quite the stir in the rising electronic-beat niche. Fans of suave and soothing chillwave or downtempo will fall head over heels for Astronautica's elegant, yet powerful lacings.

In anticipation of her upcoming album Replay Last Night, which drops February 26 via Alpha Pup Records, we have provided you an early-bird special for all of your hungry needs. "∞" is off of this incoming album and acts as a nice introductory track. It captures the essence of Astronautica, in that it shines light on her ability to fuse experimental beats with eclectic effects partnered with an atmospheric seasoning. The rest of the tunes on Replay Last Night frequent those styles, but are all quite different in their own right.

You snooze, you lose. Stream below to get the leg up on your friends today. 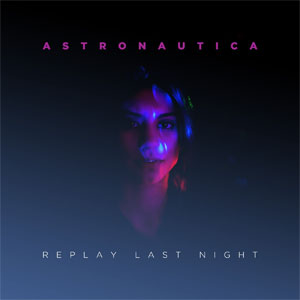