As promised, Tyler, The Creator has released a video for the track "Domo 23". Schizophrenic director, Wolf Haley, is back with with a mexican wrestler styled music video that is mysteriously missing an appearance from Jack Black(aka JB or Jables). It will take about 1,000 views to really appreciate all the visual comedy cues present but luckily the song is so contagious that you'll probably be playing it that often too. And, now that Tyler is rich from just eating a roach, it would be a good idea to make him even richer when you purchase his upcoming album, Wolf, which is due to drop on April 2nd. This video is like a Family Guy episode; how many references do you spot? Honestly, I'm asking so that you do the work and not me. Enjoy. 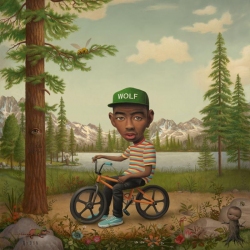