Things That Happen At Day

Milo got the the attention of most indie fans last year with the release of his EP, Milo Takes Baths. The nerdcore, hip hop artist showed some interesting abilities to mix in samples of experimental, electronic music from artists such as Baths. The combination of hip hop verses with the goofy production and complex musicianship really helped the EP stand apart from most other rap albums of the year. Due to Milo's love for music, I was anything but surprised to see another EP on the first day of the new year. Things That Happen At Day continues the same motifs that Milo had constructed with his first few records as he samples some expert artists and just speaks about some nonsensical ideals that are on his mind. This album is the first half of a double EP release, the latter being a record titled Things That Happen At Night. What's odd to me with this release though, is the fact that all the energy that Milo had incorporated into his music before seems to be absent here. For a record with an album cover that has as much excitement as this one does, I expected to here something that was a bit more wild and adventurous than this. The samples are all  a bit dull and don't put me into a sense of daytime dreamland. Instead, these samples more or less put me to sleep. Even his sample of Bon Iver's "Creature Fear" does little to bring in a more exhilarating atmosphere. Liz Lawrence is a small town singer/songwriter who began writing music when she was in her early teens. Although her background and influences were almost entirely punk, her overall sound has blossomed into a chamber pop style of music with upbeat, twangy melodies and plenty of lighthearted lyrical concepts. Liz's bubblegum style is just enough to be saturated in enjoyment. Most times, bubblegum pop music becomes inflated and doesn't deliver the same type of conscious effort but on Liz's debut LP Bedroom Hero, the music finds room to grow creatively. The acoustic setting gives each track more depth and space to roam as her pretty vocal delivery adds to a nice combination. I really enjoy this idea of bedroom pop music coming to the center of attention. It's as if Liz is coming out of her shell and this idea of confidence is just overflowing as she shares every last musical idea with us on this album. Little is known about the vaporwave musician known as Saint Pepsi. Upon hearing his new album World Tour after the kick of 2013, I really became more and more intrigued. His style of fusing together some of that '80s new age pop music and disco anthems that were glorified in the late '70s, Saint Pepsi has somehow made this tag relevant for 2013 and beyond. Only 19 years of age, Saint Pepsi grew up around these types of genres in New York and has held onto those rhythms in his mind. World Tour is considered by him to be his first true record as it points in the direction that he has always wanted to head musically. The album shows a remarkable style of electronics mixed with some oddities instrumentally such as saxophones, keyboards, funk guitar, and harp. The production doesn't slow down and even though some artists might come off of this sounding a bit too convoluted, Saint Pepsi is able to keep everything managed and organized. I love the way this album just makes me feel like I am watching one of those Magic Johnson highlight reels from the mid-'80s. It's just so cool and fresh yet it belongs bunched together with those new age albums from that time period. Negev is a post-rock band from the United Kingdom who uses alternative rock melodies and sludgy guitar sections to create an instrumental showcase. The Name is the title of the band's debut album and although the record has some glimmering high points, the inexperience is very obvious. Negev is very simplistic in their musical creations especially when you compare the band to the rest of the post-rock catalogue. The tracks themselves never reach their true capabilities and instead of the music creating a certain atmosphere, the songs come in far too quickly to stir up much emotion at all. Where the band really does shine is when they devote themselves to a prolonged amount of time such as on tracks like "The Earth" and "The Pilgrimage". Each of these songs come in at more than 7 minutes and leaves tons of space for additional instruments rather than just some metal infused guitar which just seems too sludgy in the first place. This album really seems to suffer from lack of conceptual ideas and even though the band seems like they had an ultimate idea of where they wanted their music to take them, the tracks just come across as empty ideas. False Priest is a young alternative rock band from San Francisco, led by singer/songwriter Evan Greenwald. On the band's debut record False Priest, they demonstrate a strong influence of punk rock as well as classic alternative song structures. Mostly led by subtle electric guitar riffs by Greenwald, the rest of the band just adds building blocks to the fray. The music tends to come across as a bit indecisive as songs begin and end without much really going on in between the numbers. The guitar riffs don't employ much creative or unique qualities and the rest of instruments stay in the shadows without any true appeal. The songwriting doesn't bring much to the table either as the lyrical content is stodgy and without any real enthusiasm. It all just seems very amateur in the end, especially in the production. It's good to see young bands trying to make it in the music industry but you need to find ways to make your low budget production work rather than just cutting corners. This collaborative project started at McNally Smith College of Music when Matt “Diatonic” Mulheran had caught Wesley “O-Lay” Jones by total surprise in the recording studio. The two quickly became great friends and it didn't take long for the shy O-Lay to ask Diatonic to record him. Soon after, the two friends decided to record a record entitled The Set List, which was released to some acclaim in 2011. Safe Travels is the duo's sophomore LP and the pair has done nothing but polish their overall sound. Diatonic is quickly becoming one of the most interesting hip hop producers in the business as he combines elements of jazz, funk, ambiance and plenty more. The diverse range of genres that are incorporated in his beats seems endless and it brings this record to an entirely different level. O-Lay continues to broaden his charisma as he tries to break out of his shell. Although the lyrics may not be fully there, he is definitely sounding more confident than ever on Safe Travels as he raps over some magnificent beats. This is a very interesting combination of musicians and I really look forward to future releases from the both of them. Things That Happen At Night

The second half of the two part EP by the comic book loving Milo is much of the same that Things That Happen At Day included. Milo never disappoints with his awkward lyrics as he raps about Batman villains, reality television shows from the Food Network, and even his credit score. Lets face it, these are not topics that you will ever hear another rapper rhyme about and that's one thing I really love about Milo. He's so far from normal that he becomes this incredibly interesting figure in indie hip hop. Much like part 1 of this two part series, Things That Happen At Night doesn't deliver the same type of energetic, free spirited rhythms that Milo used on his latter records. The good news for this record is that the focus makes sense. I expected this album to be a bit more atmospheric with a possible direction of ambiance for melody and I was partially correct. The tracks off this album are highly experimental with plenty of interesting samples and Milo makes it work a lot better than he did on Things That Happen At Day.

Albums To Look Forward To Next Week:

A very happy new year to everybody as we get going with 2013's musical endeavors. If anyone is interested in purchasing or simply hearing any of these albums online, I have linked them for you at the top of this page to make it simple. I hope you have enjoyed reading this week's edition of Straight From The Teet and I look forward to bringing you a new group of records next week. Please leave comments here at the bottom and let me know what you liked or didn't like from this week's lineup. Have a great week and please support these terrific bands! 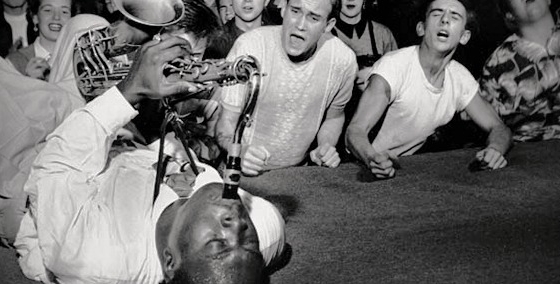 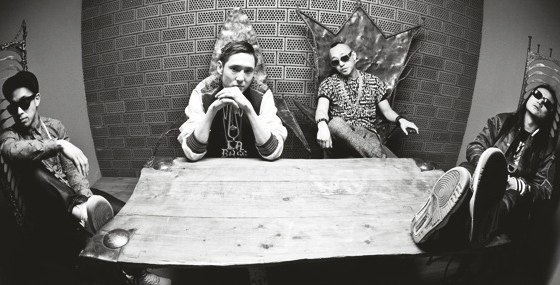 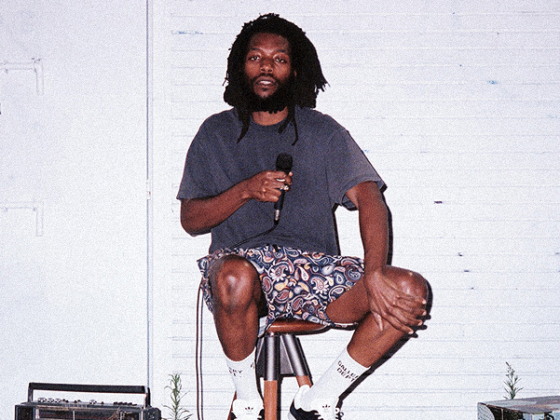