9 years ago by Matt Grosinger

A cursory listen to Ratking’s debut EP Wiki93, might leave you with the impression that the new hip-hop four piece is mildly abrasive, quick lipped, and a little difficult to understand. And while you might not necessarily be wrong, there is a more precise way to describe them: native New Yorkers. The Harlem-based four piece—producers Sporting Life and Ramon; emcees Wiki and Hak –have amassed a collage of the day-to-day in the least livable city in the country. And although they comport themselves unapologetically as products of the city, Ratking finds its greatest strength in self-consciously appraising this identity.

There are a handful of mantras that recur throughout the tight 30 minutes of play, and perhaps it’s best to think of these phrases as the nascent ideologies of the group as they move forward. What bodes well is that these philosophies are far more malleable than, say, “SWAG” or “TEEEWW CHAAAAINZ.”

At the end of album highlight, “Pretty Picture,” Hak and Wiki chant “We some mutts thinking the we done? / Dumb.” This reference to Hak’s and Wiki’s mixed ethnicities comes across much less optimistically than New-York-melting-pot boilerplate. Though announced anthemically, the line is a self-critical insecurity that receives as much obsessive-compulsive attention as the tweaked out, exasperated beat (the closest reference I have for the EP’s eccentric production is Animal Collective). It’s also a line that manages to be both cocky and self-effacing, acknowledging foolishness and potential: with one EP under their belt, they are far from done (something I am grateful for). This anxiety also appears earlier on the track when Wiki quips defensively, “To every mother with a stroller, eying me when I roll up / Know ya kid’s gonna be just like me when he grows up.” Though he comes off confidently as a know-it-all, it is a defense mechanism that almost undermines the driving conceit of the album.

“I’m just trying to get my city back” is the central refrain that crops up at either end of Wiki93. But it’s a lament that begs certain questions. Back to what?  Back from whom? Isn’t that the ineluctable, ongoing tragedy of the city: it will never be what it once was? But as lifelong residents and participants, they are the best equipped to curate all the rapid changes –shitty weeks and all –then surmise how they got there. They are like the caulking in the interstices of the sidewalk. They’ve seen as much traffic as the concrete, but they have absorbed the impact of every single step. Collectively, they are the connective tissue that turns Tribeca into The Village and The Upper West Side into Harlem. They may want their city back, but they have evolved right along with it.

My favorite thing about Wiki93 might be a little pretentious or idealistic, but whatever. It’s that it is not some scene-centric fad or faux Golden Age revival. It is a lost-iPhone phone booth conversation in Harlem about striking out with girls. It is a half-Puerto Rican half-White teenager saying “nigga” and not thinking twice. It is that same emcee saying he knows that a young kid will grow up to be exactly like him, but subconsciously knowing that’s not possible. It is a snapshot of New York City right now at this precise moment in time, and there is no way it will ever be like this again. 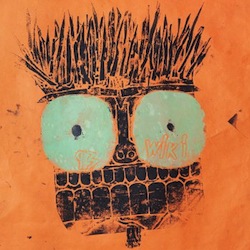 Album Review: Little Simz  − Sometimes I Might Be Introvert