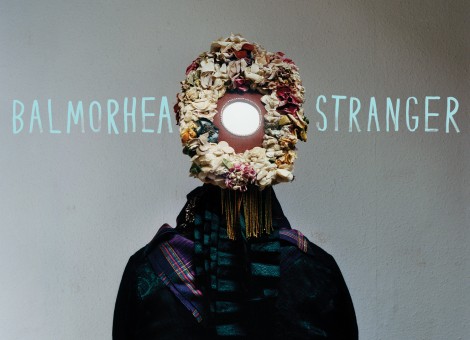 Founded in Austin, Texas, Balmorhea (pronounced BAL-MORE-AY) brings us a fresh perspective in the world of post-rock. Many of their pieces incorporate string instruments in addition to guitar and by doing so, they have created their own unique sound that only a post-rock band from Austin, TX can pull off. Most bands in this genre have a trending mood or theme that drives their tracks. Balmorhea is influenced by a small West Texas town of around 500 people where they draw their sounds from the solitude and environment the area offers. They expertly translate their surroundings into textured and layered songs. Their latest album, Stranger, is an ear-capturer to any music fan, whether you're into post-rock or not.

When you first listen to Stranger, you will immediately notice that this is not just any ordinary post-rock band. Instead of complex and intricate strumming, picking, and drumming, they infuse an improvisational, jam-band-like (think Phish or Umphrey's McGee) style into their work. Their unique balance between post-rock and jam will take post-rock listeners by pleasant surprise as their music is marked by altering traditional elements of that genre. "Pyrakantha" is one such track that is a wonderful example of this unique fusion of styles. In the first half, they draw the tune out with just airy guitaring and some ambient effects, which can be quite common among post-rock songs. Eventually, "Pyrakantha" picks up in tempo with slowly building layers that transitions the style into a post-rock jam, if you will. Balmorhea utilizes simple, yet catchy hooks and riffs with a modest amount of complexity involved.

Another unique aspect of Balmorhea, or more specifically of Stranger, is that the tracks of the album do not paint a particular, predominant theme or picture. A driving force for a number of current post-rock bands is making the listener interpret or visualize a story while they journey through the tracks one by one. Not sure what I am talking about? A fantastic example is an album called The Rescue by Explosions in the Sky. There are eight tracks in the album, and each of them are listed as "Day One","Day Two", and so on. Each track flows into one another through similar style or mood being projected. The only context we the listeners get is the cover art and whatever we hear in those tunes. However, in Stranger, there seems to be a slight lack of connection amongst the songs. In a majority of post-rock albums, there seems to be a unifying overarching mood, style, or feeling that dominates. Stranger, in relations to other typical post-rock albums, seem arbitrary in terms of expressing a certain idea and concept. Nevertheless, the phenomenal layering and execution of the tracks overshadow this analytical aspect. In addition, each song is fairly dynamic in both tempo and flow. Take "Masollan" for instance.

As you will soon discover, Stranger is an album with a wide range of recurring sounds and feelings that resonate an orchestral-like play with separate yet unifying acts. Tracks in this album incorporate vocals, drawn out pianos, classic rock-esque guitaring, and sharp drumming. It's a grab bag of sounds but when you take a dive into the album, you will surely find something you will enjoy, no matter which track you choose.

Stranger is a wonderful and beautiful album. If you are looking to ease your way into post-rock, this album, as well as all of Balmorhea's other albums, is an excellent way to immerse yourself in this under-represented scene. Getting to know Balmorhea and their other work would be your next smart move.