For his new re-work Nubbz lends his signature soulful knock to Brown's Scion A/V single "Grown Up". With some soulful looped instrumentation and a dash of nostalgia, Nubbz builds on an already solid record with his re-imagining of "Grown Up". Stream the original record above and the remix below and watch little Danny Brown in action in the official video for "Grown Up". 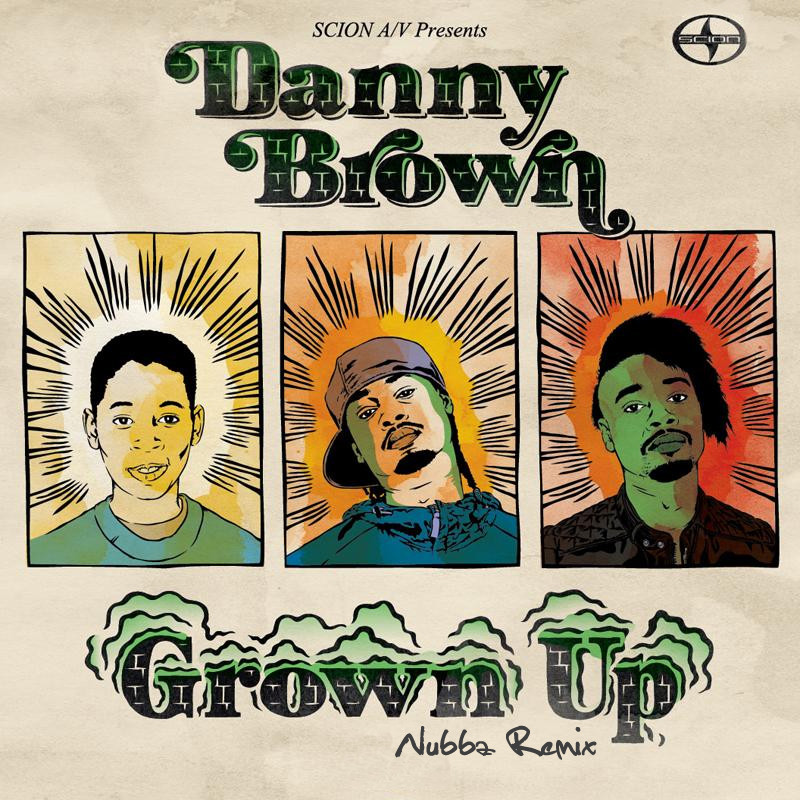 The remix is nice, but losing the samle of those kids going "Yeah!" kills it for me. That sample lifts my spirits and to leave it out makes the remix a pale imitation of the original.